Cutting off the oxygen supply to serious diseases

A new family of proteins which regulate the human body’s ‘hypoxic response’ to low levels of oxygen has been discovered by scientists at Barts Cancer Institute at Queen Mary, University of London and The University of Nottingham. 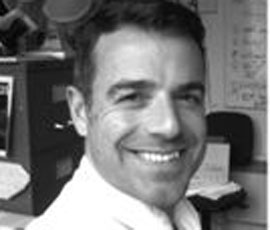 The discovery has been published in the international journal Nature Cell Biology. It marks a significant step towards understanding the complex processes involved in the hypoxic response which, when it malfunctions, can cause and affect the progress of many types of serious disease, including cancer.

The researchers have uncovered a previously unknown level of hypoxic regulation at a molecular level in human cells which could provide a new pathway for the development of drugs to fight disease. The cutting-edge work was funded by the Biotechnology and Biological Sciences Research Council (BBSRC).

Every cell in the body has the ability to recognise and respond to changes in the availability of oxygen. For example, at high altitudes where the air contains less oxygen, the body mounts a ‘hypoxic response’ to produce more red blood cells to absorb as much oxygen as possible.

However, cancer cells have a faulty hypoxic response which helps them to create their own blood supply. In this way the cells can form large tumours. The new blood supply also helps the cancer cells spread to other parts of the body, which is how cancer ultimately kills patients.

The scientists have identified a new family of proteins called ‘LIM domain containing proteins’. These proteins act as molecular scaffolds bridging two key enzymes to control the hypoxic response. The research has shown that loss of LIMD1 breaks down the bridge allowing the response to go out of control and contributing to cancer formation.

Dr Tyson Sharp, Molecular Oncologist at Queen Mary, who carried out research said: “The results from this research represent a significant advancement in our understanding of precisely how the hypoxic response works.

“It will help researchers develop better drugs to fight cancer and also other human diseases that are caused by low levels of oxygen within our body such as anaemia, myocardial infarction (heart attack), stroke and peripheral arterial disease.

“Further work in this fascinating area is now continuing at Barts Cancer Institute at Queen Mary University of London and will form the basis of a whole new additional research theme for my group.”