Professor Colin Blakemore of the University of Oxford and University of Warwick will be awarded the Lord Brain Memorial Medal 2012 for his significant contribution to neuroscience. 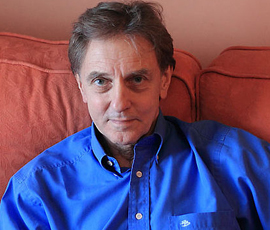 He will receive the medal following his delivery of the annual Lord Brain Memorial Lecture, Evolution of the human brain: why was bigger better? at Queen Mary, University of London, on Thursday 21 June 2012.

The Lord Brain Memorial Medal and Lecture were established in 2010 in honour and memory of Walter Russell Brain’s work in neurology. The medal is awarded to a healthcare worker or scientist who has worked in the UK and made a major scientific impact on the field of neurosciences.

The lecture is held biennially and is hosted by the Centre for Neuroscience and Trauma at Barts and The London School of Medicine and Dentistry at Queen Mary. The Centre is part of the Blizard Institute.

Professor Colin Blakemore is a British neuroscientist specialising in vision and brain development. His research interests focus on the early development of the brain and, more recently, conditions such as stroke and Huntington's disease.

Formerly Chief Executive of the Medical Research Council, Professor Blakemore is well known as a leading communicator of science to the public. Over four decades, he has presented or contributed to hundreds of radio and television broadcasts and published dozens of popular science books.

Professor Blakemore’s major contribution to neuroscience is the part he played in the late 1960s of establishing the concept of ‘neuronal plasticity’ - the capacity of the brain to reorganise itself as a result of the pattern of activity passing through its connections.

Gavin Giovannoni, Professor of Neurology at Queen Mary and Centre Lead for Neuroscience and Trauma, says: “It is very important to recognise and celebrate the scientific achievements of extraordinary individuals, such as Professor Colin Blakemore, and at the same time provide the appropriate historical context to appreciate his achievements. The Lord Brain Memorial Lecture does just this.

“Lord Brain was a remarkable neurologist and polymath and would have admired Professor Blakemore’s research. Professor Blakemore’s provocative title, "Evolution of the human brain: why was bigger better?" is very timely in view of our expanding interest in evolutionary medicine and our obsession with Darwinism.”

Walter Russell Brain studied medicine at Oxford University - he qualified with a BMBCh in 1922 and joined the newly formed Medical Unit at The London Hospital where he took up neurology.  Elected a fellow of the Royal College of Physicians in 1931, he made significant contributions to neurology through his discoveries, books and papers.

The first recipient of the Lord Brain Memorial Medal was Andrew Lees, Professor of Neurology at University College London, who was awarded in 2010 for his work in the field of movement disorders.

To reserve your seat please contact Professor Giovannoni’s office via email at s.pal@qmul.ac.uk