Queen Mary, University of London has been shortlisted in three categories at the prestigious Times Higher Education (THE) Awards 2012, an annual showcase of excellence across the Higher Education sector. 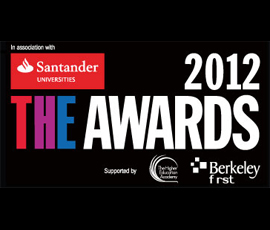 Projects from the School of Electronic Engineering and Computer Science, the Blizard Institute, and the Wolfson Institute of Preventive Medicine have been nominated in the Excellence and Innovation in the Arts, Widening Participation Initiative of the Year, and Research Project of the Year categories.

The SuperCollider Symposium 2012 – a week long celebration of the creation of sound and music through the medium of computer programming – has been shortlisted for the Excellence and Innovation in the Arts award. Held in April, the festival was organised by researchers at QM and featured collaborations between computer-music practitioners and researchers from across the UK.

The event, which garnered national press coverage, included a three day academic conference, talks from a range of international musicians, artists, researchers and coders, and featured concerts, a club night, and a sonic art exhibition. With most of the events sold out, the team have already had expressions of interest from other groups in Mexico, Japan, USA and Mallorca who are keen to be involved in similar events in the future.

‘Trauma Surgery: The Science of the Bleeding Obvious!’ has been nominated for Widening Participation Initiative of the Year. The interactive mobile exhibit is aimed at raising awareness of trauma and research into traumatic injury. It was designed by a team from Queen Mary’s Centre for Neuroscience and Trauma to raise the career aspirations of young people and inspire the next generation of scientists and healthcare professionals. In March 2012 it was presented at the UK’s biggest Science, Technology, Engineering and Mathematics event, the Big Bang Fair, and proved hugely popular with young visitors, their families and teachers.

Research led by Professor Attila Lorincz to develop a new screening test to detect the virus that causes cervical cancer has been nominated for Research Project of the Year. In poorer nations where there is no screening, hundreds of thousands of women die unnecessarily from cervical cancer every year. In a study of 20,000 women in rural Mexico, a new DIY test picked up more than four times as many cases of cervical cancer and more than three times as many cases of a pre-cancerous condition as a traditional smear test.

Commenting on these shortlist confirmations, Queen Mary’s Principal Professor Simon Gaskell said: “We are delighted to reach the shortlist in three categories. These exciting projects reflect a combination of the College’s key objectives- to practice groundbreaking and cutting edge research, and to reach out and engage with our immediate and wider communities.”

Now in their eighth year, the Times Higher Education Awards are a highlight of the academic calendar.

There are 18 categories in this year’s THE Awards. Winners will be announced at a dinner and ceremony on Thursday 29 November at the Grosvenor House Hotel, Park Lane, London.