There is little doubt that Frances O’Grady has made history as the first woman to be elected General Secretary of the Trades Union Congress in September 2012. A recent study from Queen Mary, University of London casts some light on the level of O’Grady’s achievement in the wider union landscape. 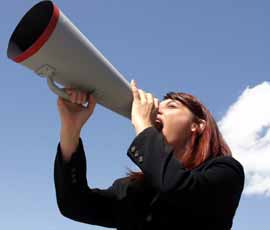 This cross-national study found that in both the UK and the US, women still have fewer top positions in trade unions despite growth in overall female membership.

The paper, Lift as You Rise: Union Women’s Leadership Talk, discusses the lack of women at union leadership level, and the management styles adopted by those women who do climb to the top.

Unlike corporate organisations, unions are generally democratic, but their leadership structures in both America and Britain are historically dominated by white men. While more women have joined unions in the last decades, the proportion of female leaders in either country remains low.

Some 130 women, including the most senior union officials from the UK and North Eastern USA, were interviewed for the study, which was carried out by Professor Geraldine Healy and Professor Gill Kirton of the School of Business and Management at Queen Mary.

Among the UK’s 10 larger unions, there are now four women general secretaries; however only two unions have achieved proportionality on the National Executive.

In the US, women’s representation has increased dramatically since the 1970s, but men continue to take the top and most powerful positions. In nine major US unions with significant female membership, women comprise 24 per cent of top leaders, but in none of these unions does the female proportion of leaders reflect membership rates.

Women who were interviewed often had greater expectations of their female leaders than their male leaders; typically they expected other women leaders to be less hierarchical and more supportive and encouraging of other women. Those who failed to exhibit these feminist leadership practices were often condemned by other women.

Professor Kirton explains: “Prejudice against female leaders stems from the widely held beliefs about how women ought to behave. Popular media representations of women leaders are often as either mother figures or bitches.

“When a woman shows that she is prepared to be ruthless or dictatorial or when she has an aggressive personal style, this can meet the severe disapproval of other women and was heavily criticised for failing other women.”

The researchers found that in many cases American and British women union leaders did express a strong sense of accountability, not just to members generally, but specifically to other union women – they want to lift other women as they climbed.

However, certain cases were documented where women asserted their readiness to adopt the more masculine ‘traditional’ models of leadership because they found them “efficient and effective”.

“Inequalities may have become more subtle, but in some cases, they have become more difficult to challenge,” says Professor Kirton. “Women can and do lead in ways that marginalise and exclude other women, resulting in women feeling more let down that when it is men doing the excluding.

“Masculine leadership, whether exercised by men or women, is failing women, so it is the type of leadership that matters, not simply the leaders’ gender.”

The full paper, Lift as You Rise: Union Women’s Leadership Talk, is free to download from SAGE Publications: http://hum.sagepub.com/content/65/8/979.full.pdf+html