Most Londoners - including Boris supporters - see themselves as social liberals, according to the findings of a new online tool designed to help voters compare their political positions to those of the mayoral candidates. 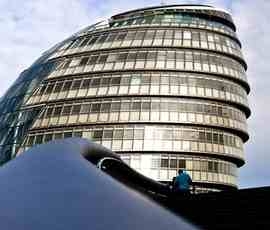 Since its launch two weeks ago, several thousand Londoners have tried out Mayor4London.com, the voting application developed by Queen Mary, University of London, the London School of Economics and the e-Democracy centre (e-DC) based at the University of Zurich.

Users of the app answer a series of questions on policy issues being debated in the run-up to the election, such as crime, education, welfare and transport. They are also asked which party they feel closest to, and which mayoral candidate they intend to vote for on their first and second preferences.

The application then analyses how closely a person’s responses overlap with the policies of Ken Livingstone, Boris Johnston and other candidates bidding to run City Hall on 3 May.

Designed by Dr Mario Mendez, from the School of Law, at Queen Mary; Dr Nick Anstead, in the Department of Media and Communication, at the LSE and Dr Jonathan Wheatley at the e-DC, the tool aims to engage voters in the mayoral elections.

"The application aims to help voters understand key election issues and where candidates stand on them, particularly important as this hotly contested election is in two rounds, so voters need a deeper knowledge of more candidates than in a parliamentary election," says Dr Nick Anstead.

Discussing the findings, Dr Mario Mendez said: "It is very interesting to see that the Londoners who responded tended to self-position themselves as social liberals. Data also suggest that a greater percentage of those who identified as Conservative Party supporters intend to vote Boris as compared to the figures for the Labour Party and Liberal Democrat candidate."

"However, when it comes to second preferences Ken has greater support than Boris from those who intended to vote Green, Lib-Dem and for the independent candidate,” he adds.

A fourth graph pinpoints whether a user is more closely aligned to the ‘left’ or ‘right’, based on their attitude towards the economy, and to “social liberalism” or “social conservatism” based on their feelings towards matters such as family, patriotism, law and order.

The i-frame code is available for any organisation wishing to run the application on their website: see the FAQs at http://www.mayor4london.com