Three political essays by one of the greatest British statesmen of the last 250 years have been discovered by a historian at Queen Mary, University of London. 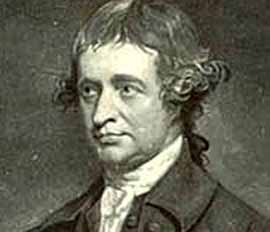 The new finds constitute the earliest political writings by Edmund Burke (1729-97), dating from around 1757, when he was 27-years-old, a period often described as the ‘missing years’ of his biography.

Professor Richard Bourke, from the School of History at Queen Mary, came across the early essays among a series of notebooks belonging to William Burke, a close friend and distant relation of parliamentarian, Edmund.

“No new essays by Edmund Burke have been found since the 1930s, so these chance survivals are significant; offering a glimpse of the means by which a gifted orator grew into a respected political sage,” says Professor Bourke, who found the collection of works during the course of his research in the Sheffield Archives.

The newly attributed manuscripts are significant as they hint at the philosophical thinking and intellectual themes that influenced Burke’s subsequent 30-year parliamentary career. The discovery features in the September 2012 edition of The Historical Journal*

Professor Bourke adds: “It has always been known that in the middle of the 1750s Burke applied himself to the study of philosophy and history as he pursued a literary career in London. It now emerges that he deliberately sought to deepen his understanding of the contemporary political world through the philosophical lens developed by his forefathers from the age of Enlightenment.”

An MP for the Whig Party from 1766 to 1794, Burke is a “great and controversial political icon”, having enjoyed cult status in both the history of conservatism and the history of liberalism. Unlike almost every other parliamentary speaker from the age of Fox and Pitt, Burke’s speeches are still read today, while memorable quotes such as “the age of chivalry is dead” are forever ingrained into English language.

One reason for his enduring appeal is that he managed to combine outstanding eloquence with potent political insight. The essays that Bourke identified concern the nature of political parties, the role of citizen armies in the modern states, and the constitutional relationship between Britain and Ireland.

These serious themes were much-debated in British politics in the second half of the 18th century, and formed the political backdrop to Burke’s long and illustrious career in the House of Commons.