France’s conservative opposition party is in a state of factional mutiny following Sunday’s leadership contest won by Jean-François Copé by 98 votes (87,388 votes against François Fillon’s 87,290) which Fillon, the former prime minister, claims he won by 26 votes due to 1,304 excluded overseas votes. This could have important implications for democratic politics in France in the short to medium term. 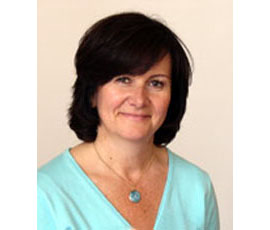 Following last spring’s presidential and legislative elections the French Socialist Party controls the presidency, both houses of parliament, all but one French region and most of the country’s departments, big towns and communes. This one-party dominance makes it critical for the opposition to provide a united front so it can be an efficient check on François Hollande’s government and sustain democratic legitimacy.

My recent book shows that big electoral defeats often create factionalism, splits and even implosion for losing parties. The bitterness between the Copé and Fillon camps during the UMP leadership campaign and the renewed hostilities over the fractious result make a split in the French right more likely given the conservatives’ poor ideological cohesion since de Gaulle’s departure in 1969.

Since the late 1970s, the French right has been beset by personal rivalries and tensions between the moderate centre right and the more conservative and patriotic Gaullist wing. It started back in 1976 when Jacques Chirac resigned as Prime Minister from Giscard d’Estaing’s government to create a new party the Rassemblement pour la République (RPR) that was renamed Union pour une Majorité Populaire (UMP) in 2002. In 1988, Chirac lost a presidential contest for the second time before finally winning in1995 and 2002. However, in the 2002 race, the sitting president had to face National Front (FN) leader Jean Marie Le Pen in the second round of voting.

The FN remains the biggest challenge for the UMP. Assuming he is confirmed as UMP leader which is far from clear Copé will have to devote a lot of energy to the party’s conservative right while preventing a split by the moderates under Fillon before the 2014 local and regional elections. Claiming he has no confidence in the party’s review process, Fillon now says he no longer wants to be UMP leader. However, unless a provisional team headed by Alain Juppé, another former prime minister and UMP co-founder, runs the party Fillon will seek redress through judicial means.

Françoise Boucek is a Teaching Fellow in the School of Politics and International Relations at Queen Mary, University of London. Her book Factional Politics: How Dominant Parties Implode or Stabilize has just been published with Palgrave Macmillan http://www.palgrave.com/products/title.aspx?pid=276749