Following news that Stephen Hester, CEO for Royal Bank of Scotland, has netted an annual bonus of nearly £1m, Professor Stefano Harney, Chair in Strategy, Culture, and Society at Queen Mary, University of London makes the following comments on the City bonus culture: 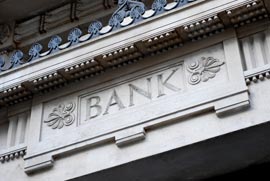 “It is important to remember that bonuses are not just a moral issue but a matter of bad business practice.  It was precisely such practices in banking that wrecked the British economy and ruined the government's finances, resulting in the swingeing cuts in public services we are now experiencing.  It is alarming that such demonstrably poor business practices persist across the banking system.

“The idea that is somehow better that Stephen Hester has received his bonus in shares is misguided.  In addition to being a tax dodge, giving shares to top executives violates the very principle of the modern corporation, the separation between ownership and management that allows management to act in the long term interest of the company, where long term interest has its origin meaning of decades, not quarters.

“This problem has to be tackled proactively and systematically not after the fact, as with this case, where the RBS board has the power to threaten to resign.  Laws must be in place well before we are in the absurd position of a publicly owned bank's management having the government over a barrel.”