Despite having more leisure time overall, stressed-out Americans report having less ‘quality time’ to enjoy themselves, particularly those with little or no education. 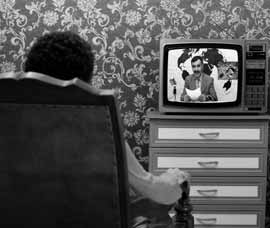 The research offers insights on how leisure inequality across educational groups has evolved in the last four decades in the United States in contrast with the inequality in wages and expenditure over the same period.

Dr Almudena Sevilla, from the School of Business and Management at QM, conducted the study with Professor Jose I. Gimenez-Nadal, from Zaragoza and Professor Jonathan Gershuny, Oxford.

They used time-diary information from the American Heritage Time Use Study (AHTUS) collated between 1965 and 2003. AHTUS respondents recorded their activities over 24-hour periods, including leisure e.g. watching television, playing sport and socialising (activities that we cannot pay someone else to do or that are not necessary to live e.g. eating or sleeping).

Data from the AHTUS was used to construct several indicators of the quality of leisure time:

Poorly-educated Americans (those with a high school diploma or less) experienced more leisure time by 2003 than people with at least some college education (approx. 3 hours and 40 minutes extra), but spend less of that time with a partner (6 per cent less for men) or friends (10.5 per cent/4.7 per cent for men and women, respectively).

Highly-educated people (those with some college or more), however, appear to have less time off for leisure, but this is compensated for by the fact that what time is spent in recreation is better quality.

For highly-educated men, the number of times a day spent at leisure may have slightly dipped (-0.11), but those leisure periods now last 20 per cent longer compared to 18 per cent for low-educated men.

Dr Sevilla explains that this ‘bargaining power’ may enable people with a better education to “schedule their leisure time to be less fragmented and to coordinate it with other people’s time off more easily”.

“Evidence suggests that individuals report higher levels of instant satisfaction from activities done in the company of others over those done in isolation.”

In addition to painting a more comprehensive picture of inequality in the US, the findings provide a basis for weighing the relative decline in earnings and consumption for the less-educated against a simultaneous growth in leisure.

Leisure Inequality in the US: 1965-2003, will be published in the journal Demography in August 2012. A downloadable PDF version of the paper is available here: https://springerlink3.metapress.com/content/47637j9502736768/resource-secured/?target=fulltext.html&sid=ojwexioli3x3urav2tvwanms&sh=www.springerlink.com