The Warden of Barts and The London School of Medicine and Dentistry, Professor Sir Nicholas Wright has been admitted as a Fellow of the Faculty of Medicine at Imperial College. 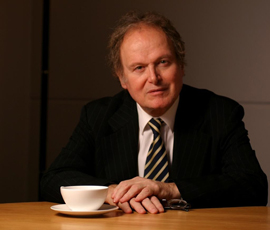 The Faculty of Medicine Fellows are elected annually and awarded to former staff or students for their outstanding achievements or for exceptional services rendered to the Faculty.  The Warden was formerly Deputy Principal of the Imperial College School of Medicine.

Three fellows are to be awarded at the Faculty of Medicine Fellowship Ceremony 2011 this evening (27 January), Professor Wright will be joined by:

As this year’s guest speaker Dr Pontiano Kaleebu will be giving a talk entitled “Contributing to the search for an HIV vaccine”.

Speaking in advance of the ceremony Professor Wright said: “I feel very honoured to be recognised in this way by an institution which - in its wider environs - I spent over 20 formative years of my career, and to which I owe a great deal.”