A training programme aimed at GPs, practice nurses and reception staff could help thousands of women who are suffering domestic abuse to get the assistance they need, according to the results of a trial published in The Lancet. 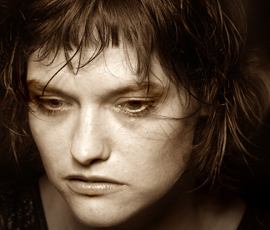 Domestic violence is common with more than 300,000 incidents against women each year, according to the British Crime Survey. Previous research suggests that women experiencing abuse are more likely to seek medical attention but GPs and nurses are often unsure how to help them.

The new study, led by researchers at Queen Mary, University of London and the University of Bristol, showed that general practice teams who received specialist training about domestic violence referred 22 times more women than practices where there was no training.

The randomised controlled trial included 48 GP practices in east London and Bristol, half of which were offered the programme. The programme included two 2-hour training sessions, a computer prompt to ask about abuse, and a referral to a named domestic violence advocate, if that was what the woman wanted. Women who were referred were offered legal, housing, financial and safety advice, and were given access to refuges, shelters or emergency housing, and psychological support.

The practices which received the training referred a total of 223 women compared with just 12 referrals from the practices where no training took place.

Dr Jean Ramsay, a Senior Research Fellow at Queen Mary, University of London worked on the trial. She said: “These are tremendously encouraging results. We know that there are thousands of abused women who need help. We also know that GPs and nurses want to provide support to these women, but often they don’t know how.

“These results show that a brief intervention of training and support, along with the option to directly refer to domestic violence advocacy, can give GPs and practice nurses the means to help abused women.”