A study from scientists at Queen Mary, University of London, sheds new light on why people who experience serious trauma or go through major surgery, can suffer organ damage in parts of the body which are seemingly unconnected to the injury. 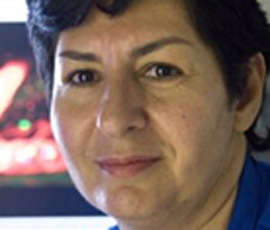 This is normally a one-way journey but researchers were surprised to find that, in some cases, this process can go into reverse, with rogue super-activated neutrophils, re-entering the blood stream and causing damage to other parts of the body.

The researchers used a cutting edge imaging technique which allowed them to watch the movement of neutrophils, in three dimensions and in real time in mice (see videos below). As they expected the neutrophils moved out of blood vessels and into tissues to tackle injury or infection and they showed that his process was being controlled by a protein on the surface of the blood vessels called JAM-C.

However, when they temporarily blocked the blood vessels, mimicking the trauma experienced by patients undergoing major surgery, JAM-C was lost from the blood vessels. When this happened the neutrophils seemed to loose their way. Cells that had already exited blood vessels returned to the blood stream and damaged other parts of the body. In particular, the researchers found that these confused but highly activated neutrophils lodged into blood vessels in the lungs where they appeared to cause inflammation and damage to lungs.

Further research on the JAM-C molecule and the properties of these rogue neutrophils could lead to the development of drugs aimed at reducing life threatening complications following major surgeries such as inflammation of the lungs.

Professor Sussan Nourshargh who led the study said: “This is a really exciting piece of research as we have been able to watch how white blood cells move out of blood vessels to enter parts of the body that need their help. But with the advanced imaging technique that we have developed we could also for the first time see neutrophils move back into blood vessels following trauma. The neutrophils that behave this way are very different from normal blood neutrophils in that they are highly activated and fully capable of causing damage to other organs.”

“Neutrophils are usually our first line of defence against infection but they have the ability to cause many diseases. As we learn more about the complex processes that protect us against infections we also find ways of tackling inflammatory diseases where white blood cells are inappropriately switched on.”

The researchers received funding from the Wellcome Trust.