Researchers investigating the genetic cause of a disease in just two patients have made an unexpected finding which has opened a major new possibility for treating serious diseases such as cancer. 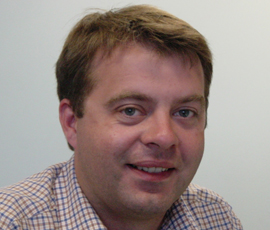 The scientists, from Queen Mary, University of London, found that the brother and sister’s skin and bowel disease was caused by a fault in a single gene.

Their research, published in the New England Journal of Medicine*, shows that the fault is in an important gene called ADAM17, known to be involved in inflammatory conditions of the skin and bowel, and in cancer.

Lead researcher, Professor David Kelsell explained: “We looked at a brother and sister who both had a rare disease affecting their skin and bowel. We found the problem is almost certainly caused by a fault in the ADAM17 gene. It’s only a small fault but it completely stops the gene from working.

“Many rare diseases are found to have a genetic cause, but this one is unusual because it sheds light on a much bigger field of research – how we can use the body’s own immune system to tackle cancer.”

The faulty ADAM17 is important because it controls a chemical called tumour necrosis factor alpha - or TNF alpha - which is the immune system’s anti tumour chemical. It also has role in autoimmune diseases such as Crohn’s disease, arthritis and psoriasis.

Professor Kelsell adds: “TNF alpha has been of interest to medical researchers for more than 20 years but until now it’s looked like a research dead-end because studies in mice have suggested that interfering with TNF alpha is almost always fatal.

“Because of the fault in the ADAM17 gene, the brother and sister we studied have very low levels of TNF alpha. Yet she survived until the age of 12 and he is still alive in adulthood and, despite his condition, is leading a relatively normal life.”

Professor Kelsell’s research was funded by the Barts and The London Charity.

Co-researcher, Professor Tom MacDonald, was funded by the European Commission via the IPODD programme (Intestinal Proteases: Opportunity for Drug Discovery).

Professor MacDonald said: “This discovery is really exciting for researchers because it re-opens a very important avenue of research which, until now, looked like it was closed.

“It now looks like we can target this gene and it won’t be fatal, and that means we have a whole new way to research treatments for cancer and a host of other conditions."