Professor Norman Williams has been elected President of The Royal College of Surgeons of England. 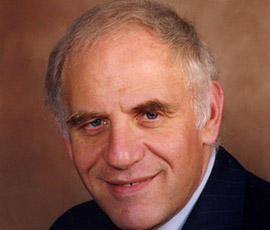 He became a Fellow of the Academy of Medical Sciences in 2004, a member of the RCS Council in 2005 and is Chairman of the RCS’s Research and Academic Board.

He is also Chair of the charity Bowel & Cancer Research, based at the Royal London Hospital in Whitechapel, which welcomed his appointment.

“Professor Williams has striven over many years to drive excellence and innovation in technical surgery. This role recognises his achievements and will provide a platform for the continuing development of the discipline of surgery,” said the charity’s Head of Development Deborah Gilbert.

Professor Williams trained in London, Bristol, Leeds and Los Angeles. He takes up his appointment on July 7, 2011. The RCS Presidency lasts for three years.