The prime minister was wrong to claim we support the Health Bill, say public health experts, including Queen Mary University of London’s Professor Allyson Pollock, in this week’s BMJ. 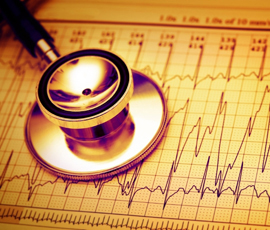 Last week more than 400 public health doctors, specialists, and academics from across the country wrote an open letter to the House of Lords stating that the Health and Social Care Bill will do “irreparable harm to the NHS, to individual patients and to society as a whole,” that it will “erode the NHS’s ethical and cooperative foundations and that it will not deliver efficiency, quality, fairness or choice.”

The prime minister claimed that the letter actually supported aspects of the Bill, while the secretary of state was dismissive, maintaining that people signed it without reading it, and that it was “politically motivated” and unsupported by “a shred of evidence.”

These claims were wrong, argue Professor Pollock and her colleagues today.

There was no qualified support for the Bill, they say. Nor did signatories write in a political capacity; they wrote in their professional capacity and with the public interest in mind. Nor are public health professionals alone in having concerns: the public, the BMA, and many of the royal colleges continue to express deep and continuing concerns.

There are many problems with the Bill, they warn, such as abolishing direct accountability of the secretary of state to secure comprehensive care for the whole population and the mechanisms and structures for securing that duty. The Bill will also usher in a new era of commercialisation, they add, handing over a greater control over public budgets to the dictates of the market.

“We believe that the majority of healthcare professions reject this proposed transformation; and are aware of the clinical, professional, and ethical shortcomings of market based health systems such as those that exist in the United States,” they write.

They conclude: “The secretary of state has called for a debate based on evidence. We agree. But this requires transparency about the evidence base and the intentions that have shaped the Bill. So far, the proposed structures do not conform to the goal of a universal and equitable health service, free at the point of delivery and accessed on the basis of need and not ability to pay.”