Heart disease and stroke are emerging complications of treating prostate cancer with testosterone suppression, yet standard management of the disease is ignoring this risk, warn specialists in a viewpoint by researchers at Queen Mary University of London. 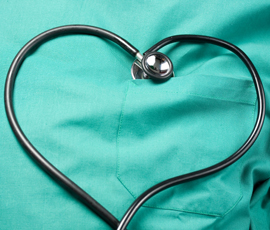 Drugs to suppress production of the male hormone testosterone, are a mainstay of treatment for advanced prostate cancer, write the authors. And there is good evidence to show that they work well.

But mounting evidence suggests that these drugs may also significantly the risk of heart disease and stroke, and may be associated with an increased risk of death from these causes, they add, citing various pieces of published research.

And the advent of prostate specific antigen (PSA) testing, means that many more men are being started on hormone suppression at an earlier stage and remain on it for years, say the authors.

Hormone suppression has various other side effects, including bone thinning and increased fracture risk, lowered muscle function, and fatigue.

Although it is as yet unclear if there is a direct causal link between these drugs and cardiovascular disease, there are certainly plausible explanations for the impact that such treatment might have on risk factors for heart disease and stroke, say the authors.

Estimating from one study suggests that for every 1000 men treated for five years with these drugs, there will be an extra 315 cases of heart disease, 360 extra cases of diabetes 28 additional heart attacks, and 42 more strokes.

This equates to £700 million to £2 billion in NHS costs between 2004 and 2009 alone, say the authors writing in the journal Heart.

“The concept of incorporating cardiovascular disease management into androgen (testosterone) suppression therapy as standard has not yet percolated into clinical practice”, they write.

As a result, the cancer and heart disease components are managed separately, with little coordination between doctors, they say. Existing guidelines on prostate cancer do not include the management of cardiovascular disease or make it clear who should be taking the lead on it, they say.

“Presently, we are unaware of any current local or national management plans that attempt to address the increased risk of cardiovascular disease associated with androgen suppressant therapy or recognise these men in screening procedures,” they write. At the instigation of the senior author of this viewpoint, the soon to be revised NICE guidelines for prostate cancer have included examining the late effects of testosterone suppression in its scoping document.

“The current status quo of no action is in our view, unsatisfactory for the patient, and unlikely to be cost effective,” they conclude, adding that cancer nurse specialists might be a highly effective and relatively inexpensive solution to the problem.