Scientists at Barts and The London School of Medicine and Dentistry have found the underlying genetic change that caused an eighteenth century patient, known at the time as the ‘Irish giant’, to grow to over 7 and a half feet (231cm) tall. 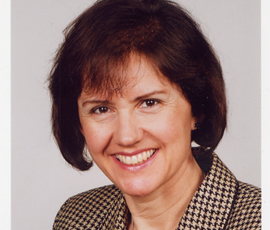 Results of the study, published in the New England Journal of Medicine, 6 January 2011, will help identify and treat patients living with gigantism and acromegaly today.

Gigantism is known to be caused by a tumour of the pituitary gland, a gland located at the base of the brain from where it releases hormones that regulate several functions of the body – one  being growth. Pituitary tumours can cause tissues to grow abnormally resulting in certain changes in facial appearance, enlarged hands and feet, headache and sweating – eyesight too can be affected; this condition is called acromegaly.

In her studies of a gene known as AIP – which was identified in 2006 as causing some of the pituitary tumours occurring in families - Márta Korbonits, Professor of Endocrinology and Metabolism at Barts and The London School of Medicine and Dentistry noticed a particular abnormality (mutation) in a number of living patients of Irish descent with familial acromegaly.

Working with scientists at the University of Exeter, University College London, Royal Victoria Hospital and Queen's University, Belfast, University of Leicester, University of Leeds, Mainz University in Germany, and the Natural History Museum, Professor Korbonits’ team looked at the DNA obtained from two of the ‘Irish giant’s’ teeth. They found that he had carried exactly the same mutation as the living patients she studied. Furthermore, by looking at genetic differences near the gene, members of the team were able to work out that the 18th century patient and the Irish families with pituitary tumours that they identified had inherited their mutated version of the AIP gene from the same common ancestor. Sophisticated genetic calculations suggest that the mutation is about 1500 years old and that some 200 to 300 living people might be carrying this same mutation today.

“The idea initially looked quite bizarre, but as we gained more data and identified new families affected by the mutation, our findings confirmed our theory. The most important clinical aspect of our study is that it is now possible to trace down carriers of this gene in time and treat patients before they grow to be a giant”, said Professor Korbonits, who led the study.

Professor Mark Thomas of University College London, a co-author on the study, added: “The striking thing about this research is that with modern genetic techniques we can say so much about somebody who died so long ago and use that information to identify and treat people at risk today.”

Professor Patrick Morrison, Consultant in Clinical Genetics of Queens University Belfast, another co-author on the study, added: “The benefits to patients locally are that we now have a genetic blood test that families at risk of this condition can choose to have, which allows early detection and prevention of excessive growth”.

Despite familial isolated pituitary adenoma (FIPA) being a relatively rare condition, numerous families with acromegaly have now been identified with mutations in the AIP gene. Genetic screening can help to find the subjects carrying the gene, and medical follow-up can recognise the disease early, greatly improving the chances of the best possible treatment and outcome.

Any individual with more particular concerns should contact their GP.

‘AIP Mutation in an 18th Century Giant and Contemporary Families with Pituitary Adenomas’ is published in the New England Journal of Medicine on 6th January 2011.

Notes to editors:
During the last years of his short life, this 18th century patient encountered wealth and fame, but finally tragedy. His remains are on display today at the Hunterian Museum in the Royal College of Surgeons, at Lincoln’s Inn Fields in London. Although patients with gigantism and acromegaly had been identified already in Egyptian times, the cause of the disease was not known until the end of the 19th century. In 1909 his skeleton was studied by the neurosurgeon Harvey Cushing, who showed that his gigantism had been caused by a tumour of the pituitary gland.