New research from Barts and The London School of Medicine and Dentistry shows that ethnicity, depression, lack of exercise or social support, and social difficulties are major risk factors for chronic fatigue syndrome (CFS). 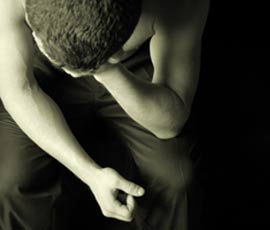 The study of over 4,000 adults living in England was funded by the Medical Research Council and published by BioMed Central’s open access journal BMC Medicine. The results indicated that social status and adversity were major risk factors along with cultural and ethnic background.

The incidence of CFS was highest amongst people who had the most difficulties with housing, finances, or had family problems, but this was balanced by levels of support within the community. Perceived cultural discrimination and insults in the workplace, or in society, along with racial and religious discrimination, were also much higher for CFS sufferers.

Overall people with Pakistani, Indian or Black Caribbean backgrounds had a greater risk of CFS than the white population.

The study also showed that, on average, there is a 2.3 per cent risk of suffering from CFS and that risk increases with age by two per cent per year from the age of 35. When the researchers compared the occurrence of CFS with medical factors and exercise they found that, while both depression and anxiety were associated with a much higher risk of CFS, moderate exercise halved the risk.

Kamaldeep Bhui, Professor of Cultural Psychiatry & Epidemiology at Barts and The London Medical School said: “Earlier studies, based on attendance at clinics, indicated that chronic fatigue syndrome is a disease of white, middle class people. Our results show that it is more common amongst the physically inactive, those with social difficulties and with poor social support, and ethnic minorities, especially in the Pakistani group studied, and that they are silently suffering.”