Parkinson’s UK is looking for 1000 healthy, internet-using people without Parkinson’s aged 60 to 80, to take part in a new research project that could help Parkinson’s researchers agree on common early indicators of the condition. 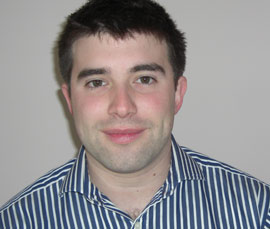 The year-long pilot project launches during Parkinson’s Awareness Week (11 – 17 April).  This year’s awareness week is encouraging people to support the charity Parkinson’s UK in a number of ways, including campaigning, fundraising and taking part in this research project.

This innovative online study, called Predict PD, is the first of its kind and is being lead by Dr Alastair Noyce at Queen Mary, University of London, in collaboration with University College London. It is funded by an Innovation Grant of £35,000 from Parkinson’s UK.

Ongoing Parkinson’s research suggests that problems including anxiety, depression and constipation, as well as sleep and smell disorders, may occur up to 20 years before the movement problems of Parkinson's actually appear.

The Predict PD pilot project will ask people to take part in three simple online tests that will look for factors known to be linked to increased risk of Parkinson’s.

An online questionnaire will collect information on medical and lifestyle factors that influence risk of Parkinson’s. Everyone that takes part will also be sent a ‘scratch and sniff’ smell test through the post, which will also be completed online.

In addition, they will do a simple test to measure arm dexterity and speed of movement.   Most people who develop Parkinson’s are between sixty to eighty years old, which is why this high risk group has been targeted.

Dr Alastair Noyce said:  “It’s very important to note that by taking part people will not find out if they are individually at risk of developing Parkinson’s.  This is a pilot study, and while we may suspect a small number of those who do the tests to be at increased risk, we won’t know yet how accurate our tests will be.

“We will contact 300 people who have taken part in the research by email or telephone to collect extra information or arrange to visit them. However, this does not necessarily mean that these people are at higher risk, and we will be contacting people with and without the symptoms we want to study. This is a pilot study and we hope what we learn from this will lead to larger studies and eventually speedier diagnosis.”

Dr Kieran Breen, Director of Research and Development at Parkinson’s UK, adds:  “Taking the time to do the survey won’t take long, and you will be helping our researchers to identify Parkinson’s much sooner in the future if they know what common symptoms to look for in the very early stages.  Finding an earlier diagnosis is an integral part of our five year research strategy.

“We are committed to funding cutting edge research to find a cure and better treatments for Parkinson’s. We want people to join us this awareness week and get involved in any way they can”.

For more information about the project and how to take part visit parkinsons.org.uk/predictpd.