A safer and more effective treatment for 10 million people in developing countries who suffer from infections caused by trypanosome parasites could become a reality thanks to new research from Queen Mary, University of London published today (15 April). 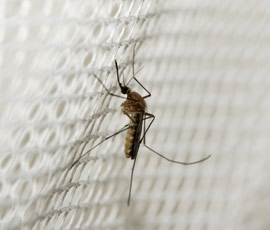 Scientists have uncovered the mechanisms behind a drug used to treat African sleeping sickness and Chagas disease infections caused by trypanosome parasites which result in 60,000 deaths each year.

The study, appearing in the Journal of Biological Chemistry, investigated how the drug nifurtimox works to kill off the trypanosome.

Co-author of the study, Dr Shane Wilkinson from Queen Mary’s School of Biological and Chemical Sciences, said: “Hopefully our research will lead to the development of anti-parasitic medicines which have fewer side effects than nifurtimox and are more effective.

“What we’ve found is that an enzyme within the parasites carries out the process nifurtimox needs to be converted to a toxic form. This produces a breakdown product which kills the parasite.

“This mechanism overturns the long-held belief that nifurtimox worked against the parasites by inducing oxidative stress in cells.”

Nifurtimox has been used for more than 40 years to treat Chagas disease (also known as American trypanosomiasis) and has recently been recommended for use as part of a nifurtimox-eflornithine combination therapy for African sleeping sickness (also called human African trypanosomiasis).

Dr Wilkinson and his colleagues Dr Belinda Hall and Mr Christopher Bot from Queen Mary’s School of Biological and Chemical Sciences focused their research on the characterisation of the breakdown product from nifurtimox.

“The backbone of nifurtimox contains a chemical group called a nitro linked to a ring structure called a furan,” Dr Wilkinson explained.

“When the parasite enzyme discussed in the paper reacts with nifurtimox, it converts the nitro group to a derivative called hydroxylamine.”

The change effectively acts as a switch which causes a specific chemical bond in furan ring to break resulting in formation of a toxic product.

“Understanding how nifurtimox kills trypanosomes may generate new and safer compounds which utilise the bioreductive activity of this parasitic enzyme.”