Queen Mary, University of London has been rated amongst the world’s top 150 universities in The Times Higher Education’s (THE) World University Rankings, the year’s most prestigious and rigorous study of global university performance. 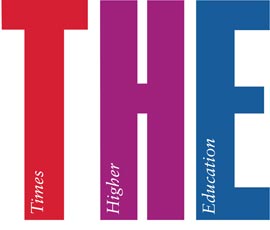 The University is placed in 127th position globally, and equal 17th in the UK out of the 32 UK universities which make it into this year’s top 200. Queen Mary has risen 37 places in the ranking over the past two years, having been placed 164th in 2009-10.

The Times Higher Education World University Rankings are seen as one of the leading league tables for international university performance comparisons. They are regularly used by undergraduate and postgraduate students to help select degree courses; by academics to inform career decisions; by research teams to identify new global partners; and by university managers to benchmark their performance and set strategic priorities.

Queen Mary’s Principal, Professor Simon Gaskell said: “This pleasing result, combined with our strong performance in this year’s other national and world league tables, is confirmation of Queen Mary’s status as a leading university on the international stage. Congratulations must go to all Queen Mary staff and students for this achievement.”

Phil Baty, Editor of the Times Higher Education World University Rankings commented: "Our table of the top 200 represents approximately the top 1 per cent of higher education institutions worldwide, so securing a place within it is an outstanding achievement. To do so, a university must score highly across our full range of indicators, and indeed Queen Mary, University of London performed consistently well throughout, but it scored particularly impressively for its Citations Impact, enabling it to consolidate an already impressive 2010-11 position. In an increasingly competitive international field, and with the 2011-12 rankings including some significant new entries, I would like to offer my personal congratulations to Queen Mary, University of London on an exceptional result."

More than 50 leading figures in the sector from 15 countries across every continent provide input in the creation of the THE rankings. The rankings are formed using thirteen performance indicators designed to capture the full range of university activities. These thirteen elements are brought together under five categories, which are: teaching, research, citations, industry income and international outlook.

UK university rankings (with their world ranking in brackets):