Brigitte Granville, Professor of International Economics and Economic Policy at the School of Business and Management, Queen Mary, University of London comments on how the current Eurozone crisis will impact on the UK economy. 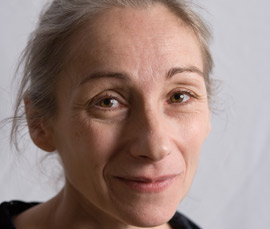 “Italy has now lost the confidence of the bond market on which it relies to roll over its huge stock of sovereign debt of nearly €2 trillion, which is over 115 per cent of the country’s GDP. If this situation is not reversed soon, the Eurozone will break up.

“The resulting economic shock would be calamitous – not only for the countries that are part of the present European monetary union but for all other countries with trade and financial links to the Eurozone.

“In the globalized world we live in, that means all the major economies of the world, which is why the US, China and other G20 leaders in Cannes were so focused on the Eurozone crisis. But the UK, because its economic ties with the Eurozone are so deep, would be hit that much harder by a collapse of the euro – that is, it would follow continental Europe into a new recession.

“But the bad news does not end there. Recession – again, both in the Eurozone itself and the UK – will also result from a successful operation to restore market confidence in Italy.

“This is because unless the new government manages to stabilize Italy by restoring confidence of the Italians in their public institutions, the only alternative is to implement policies – tighter budgets and structural reforms – which are essential to ensure long-term sustainability but which will depress output and employment in the short run.

“These recessionary policies will be pursued not only by a new Italian government, but also by all other Eurozone governments that are in danger of being shut out of the bond market – and that now includes France. In short, the “best case” scenario is itself extremely painful.

“This “best case” scenario is looking increasingly unlikely since it assumes, one, huge interim injections of liquidity to calm markets when the only institutions capable of providing that liquidity – the ECB and the IMF – are legally and financially constrained, and two, the political survival of the governments that impose this austerity.

“But to the extent that this unpleasant “best case” scenario does gain any traction, it will have a particularly unpleasant side effect for the UK in making sterling seem like a safe haven currency until such time as the risk of financial meltdown in the Eurozone is perceived to have receded.  So the UK stands to lose even its precious advantage of having a currency which can devalue against that of its main trading partners.

“The least painful outcome overall may be one that avoids such long-term economic pain – and instead involves a massive shock in the coming weeks that will finally catalyze the necessary political decisions necessary – either to create an institutionally viable single currency or to achieve viability by dismantling – wholly or partially – the Eurozone.

This scenario may seem like Armageddon, but in reality the resulting recession in the Eurozone and UK, although very sharp, might even be quite brief – and with much improved recovery prospects thereafter. But one way or another, a new recession is looking highly probable.”