Giving women younger than 50 years who have a family history of breast cancer a mammogram every year will detect more cancers and could save lives, according to an article published Online First in The Lancet Oncology today (18 November 2010). 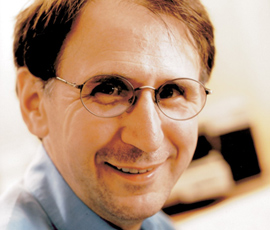 Women with several relatives with breast cancer, or with relatives who had breast cancer diagnosed early in life, can be more than three times as likely to get the disease. It has been suggested that these women might benefit from more frequent mammogram screening or from starting screening at an earlier age than recommended by the UK National Health Service Breast Screening Programme, which currently offers 3-yearly mammography to all women aged 50–70 years.

The Family History 01 (FH01) study was designed to assess the effect of yearly mammography screening on disease stage at presentation and likelihood of death of women younger than 50 years with a significant family history of breast cancer.

6710 women at intermediate familial risk were recruited from 76 centres across the UK and given yearly mammography for an average of 4 years. The size, node status, and histological grade of tumours were recorded and risk of death within 10 years of diagnosis calculated using a prognostic score. The findings were compared with two independent groups of women who had not received screening, using data from the UK Age Trial and a Dutch Study of women with a family history of breast cancer.

Lead author Stephen Duffy, Professor of Cancer Screening at Barts and The London School of Medicine and Dentistry said: “Tumour size, node status, and grade are highly predictive of future death from breast cancer, and we showed that these characteristics were significantly more favourable in tumours in the FH01 cohort than were those in the two independent comparison groups.”

Additionally, the researchers predicted that women who received screening were significantly more likely to be alive 10 years after a diagnosis of invasive cancer than women from the two control groups.

To prevent two breast cancer deaths within 10 years of diagnosis, 10 000 screens would have to take place, compared with 0.56 deaths prevented per 10 000 screens over 7–9 years in the UK Age Trial.

Professor Duffy concluded: “Our data suggest that, in women younger than 50 years who are at medium or greater familial risk of breast cancer, mammographic surveillance could increase cancer detection, reduce the risk of advanced stage disease, and decrease predicted mortality.”

Adapted from material provided by The Lancet.