Professor Tilli Tansey is to join the School of History at Queen Mary, University of London in October 2010, initially funded by a Fellowship  from  the Wellcome Trust. An expert in modern medical history, she brings a wealth of experience from her previous professorial post at the Wellcome Trust Centre for the History of Medicine at University College London. 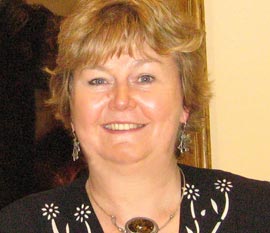 Professor Tansey has also published extensively in both historical and medical journals, specialising in physiology, neurosciences and pharmacology.

Co-author of a history of the Burroughs, Wellcome & Co. pharmaceutical firm (Carnegie, 2007) Professor Tansey is currently writing a book on medical laboratory technicians.

She is also co-editor of several volumes, including Ashes to Ashes: the history of smoking and health (Rodopi 1998),and the unique series ofWellcome Witnesses to Twentieth Century Medicine (vols 1-40, Wellcome Trust, 1997-present).

Professor Tansey was made an Honorary Fellow of the Royal College of Physicians of London in 2008. She is also a Fellow of the Academy of Medical Sciences – only the second professional medical historian to have ever been elected.

“We are very excited that Professor Tansey will be joining us,” says Professor Julian Jackson, Head of the School of History. “She is an enormously distinguished and energetic scholar whose arrival will help us both to develop our research cluster in medical history and to build on our excellent relationship with the Wellcome Trust.”