Healthcare in the ‘Big Society’

Politicians who advocate patients taking greater control of their own healthcare fail to understand what really motivates people, says a bio-ethics expert at Queen Mary, University of London. 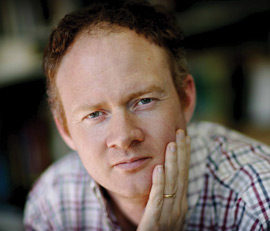 In his inaugural lecture on Wednesday 19 May, Professor Richard Ashcroft will discuss the influence of political philosophy on health policies and ask whether ideology reflects what is really happening in GPs surgeries and hospital wards.

Professor Ashcroft will examine current political thinking with its emphasis on patient “choice and empowerment”, encouraging people to take greater responsibility for their own health and welfare.

“It’s all very noble,” he says, “but recent behavioural science research challenges the idea that people are rational decision-makers where their personal health is concerned. People are not always in full control of their behaviour.

“A prime example is smokers; despite knowing the damage their vice causes, the instant fix they get from a cigarette overrides any consideration for long-term wellbeing.”

The lecture will also discuss the make-up of modern society, which Professor Ashcroft thinks is too prone to being self-interested to think about general public welfare.

“The drop in vaccination rates is evidence of that. Although politicians want to make the health service more efficient, an approach placing responsibility on society, not institutions, is on rather shaky ground,” he adds.

Professor Ashcroft teaches medical law and ethics in the Department of Law at Queen Mary. He is also co-Director of the Centre for the Study of Incentives in Health, funded by the Wellcome Trust, with partners at Kings College London and the London School of Economics.

He recently contributed to a high-profile report, by the Royal College of Physicians, into the health implications of passive smoking on children. According to the report, each year more than 22,000 children seek medical attention as a result of second-hand smoke, costing the NHS £23.3m annually. Professor Ashcroft later said the report gives “opportunities to extend the smoking ban to public spaces like parks and play areas”.

Event: 'The Republic of Health - Ethics and Politics in 21st Century Healthcare'

The event is free, but reservation is recommended. For seats, email events@qmul.ac.uk