Professor Liz Davenport appointed to Council of the GDC

Liz Davenport, Professor of Dental Education at Barts and the London School of Medicine and Dentistry, has been appointed to the newly created Council of the General Dental Council. 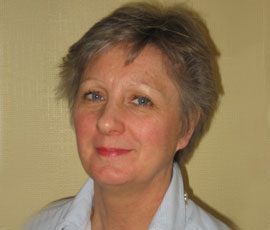 The new-look, smaller Council has been established following the 2007 Government White Paper ‘Trust, assurance and safety; the regulation of health professionals in the 21st Century’ which sets out plans for the future of healthcare regulation in the UK.

Professor Davenport is one of twelve dental registrants who will sit on the Council, which takes office on 1 October 2009. Members are made up of dentists, dental care professionals and 12 lay people, who have been appointed for a four year term and can serve a maximum of eight in 20 years.

Professor Davenport commented on her appointment: “I am thrilled to have been appointed to the restructured General Dental Council. There are many challenges ahead for those of us who have been appointed. Personally, working on improving the quality of dental education throughout the United Kingdom and profession, leading to better standards of patient care is what excites me most about my appointment to the regulatory body of the dental team.”