A new research centre opens this week (Thursday 30 April) to study the ethics, economics and psychology behind the use of incentives in healthcare. 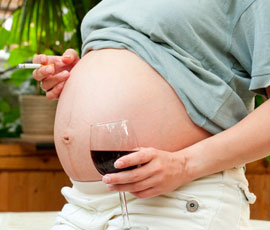 The Centre for the Study of Incentives in Healthcare (“CSI Health”) is a collaboration between Queen Mary, University of London, King’s College London, and the London School of Economics. It is funded by an £800,000 Strategic Award in Biomedical Ethics from the Wellcome Trust.

Giving people financial incentives to change their behaviour or adhere to medication regimens is becoming a more frequent approach adopted by healthcare providers around the world, often attracting controversy.

For example, some Primary Care Trusts in the UK offer vouchers to pregnant women who manage to give up smoking for a set period of time; and some patients receive around £10 each time they receive prescribed medication for psychotic disorders.

Research at CSI Health will address the use of incentives to change people’s behaviour from the perspectives of three main disciplines – philosophy, psychology and economics – with the aim of evaluating whether financial incentives are an effective and acceptable means by which to improve population health.

“There are objections to the use of incentives,” says Richard Ashcroft, Professor of Biomedical Ethics at QMUL and co-director of CSI Health. “These objections seem to derive from a view that incentives are a form of bribery or coercion, or that it is unfair to ‘reward’ people who have previously chosen to engage in less healthy behaviour. So at CSI Health we will go beyond asking simply whether incentives work. We will examine whether incentives produce sustained health benefits, and what impact they have beyond the individual patient.”

The Director of the new Centre is Theresa Marteau, Professor of Health Psychology at King’s College London. “Financial incentives provide immediate rewards for behaviours that may only otherwise reap rewards in the future,” says Professor Marteau. “These include stopping smoking or eating fruit, for example. They also capitalize on ‘present bias’ – a tendency most of us have to pursue small immediate rewards rather than more distant ones, even those that are far more highly valued. The theory is that by establishing new behaviours using the power of rewards, these new behaviours will become habitual.”

Incentives have proved effective, particularly in developing countries where they have been used to encourage one-off behaviours like clinic attendance or vaccinations. Changing habitual behaviours has proved more difficult.

Adam Oliver, health economist at the LSE and co-director of CSI Health, says: “The failure of incentives to change behaviour in the long term could be because the schemes have not drawn upon psychological or behavioural economic theory.”

Clare Matterson, Director of Medicine, Society and History at the Wellcome Trust, says: “Research into ethical issues surrounding medical science and healthcare is essential if people are going to be able to make informed decisions about their own behaviour and its impact on their health.

"By funding the Centre for the Study of Incentives in Health, we expect Professor Marteau and her colleagues to really move research on in this field over the next five years, extending international collaborations and developing new ways of multidisciplinary working in what is a complicated and controversial area of health policy.”