Scientists at Queen Mary, University of London co-leading an international collaboration have identified eight common genetic variants which have an influence on blood pressure. 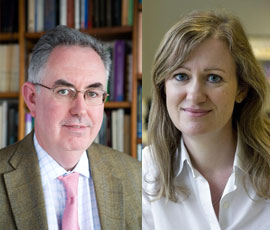 High blood pressure affects at least eighteen million people in the UK and is a major risk factor for heart disease and stroke. Existing treatments fail to control the condition in many patients.

Although the effect of each of the new variants is modest, their combined influence has an important impact on the population’s risk of stroke or heart attack. And the researchers say their findings will help understand the underlying causes of high blood pressure and, in the future, may point to new ways of treating the condition.

This major new study, published today (Sunday) in Nature Genetics, involved over 150 scientists from 93 centres in Europe and the USA. Funding came from a variety of sources including the Medical Research Council, the British Heart Foundation and the Wellcome Trust.

Although a number of lifestyle factors, such as drinking too much alcohol, lack of exercise, being overweight and consuming a high-salt diet, can raise blood pressure, the condition can also run in families. This suggests that some people are genetically prone to raised blood pressure.

To confirm their findings, the team checked the same regions in a further 90,000 white European people and 12,000 people of South Asian descent. The group also compared their results with a second group of researchers hunting for blood pressure genes whose results are published in the same edition of Nature Genetics.

Professor Mark Caulfield of Barts and The London School of Medicine and Dentistry who worked on the study said: “The lifestyle factors which increase blood pressure are well established but until now relatively little was known about hereditary factors. The discovery of genes involved in regulating blood pressure offers new insight into how this complicated system is controlled and could help us to find new treatments.”

The senior co-author of the study was Professor Patricia Munroe also from Barts and The London Medical School. She said: “Blood pressure is a major cause of disease and death in the UK and worldwide, and new treatments are desperately needed. It will take further research to understand exactly how these genes affect blood pressure but in the long-term, we hope our discoveries will help to reduce the number of people getting strokes and heart attacks due to high blood pressure.”

The researchers suspect that some of the genes involved may control the production of chemicals, known as steroids, which affect how the kidneys process salt. Some may influence how the blood vessels regulate blood pressure. Others present completely new and unexplored avenues of research.