Blood pressure lowering drugs should be offered to anyone old enough to be at risk of a heart attack or stroke, regardless of their blood pressure, according to the largest analysis of blood pressure trials to date, published on bmj.com today. 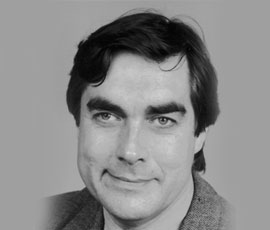 Despite the widespread use of blood pressure lowering drugs and the results of many randomised trials, uncertainty remains about which drugs to use and who to treat.

Professor Malcolm Law and colleagues from the Wolfson Institute of Preventive Medicine at Barts and The London School of Medicine and Dentistry analysed the findings of 147 blood pressure studies involving 464,000 people.

They found that all the types of blood pressure lowering drugs had a similar effect with two exceptions—an extra protective effect of beta-blockers given shortly after a heart attack and a small additional effect of calcium channel blockers in preventing stroke.

And combining the results with two previously published studies showed that three drugs together, each at low dose to minimise side effects, could increase the preventive effect, reducing heart attacks by about 45% and stroke by about 60%.

Professor Malcolm Law said “The results show that blood pressure lowering drugs should be offered to anyone at sufficient risk to benefit from treatment, whatever their reason for being at risk."

However, the exact age range for being most at risk of heart attack and stroke could not be defined precisely from this study, which only looked at randomised trials in people aged 60–69.

Cardiovascular disease is the leading cause of death throughout the world. For 65 year olds in England and Wales the risk of having a heart attack in the next 10 years is about 10 per cent for men and 5 per cent for women. The increase in blood pressure during a person’s life, which affects nearly everyone, is one of the main reasons for strokes and heart attacks being so common.