Queen Mary, University of London has been awarded £2.9m from the Engineering and Physical Sciences Research Council (EPSRC) to establish links between early career researchers and industrial partners. This will be matched by other funding to give a total of £8.2m to support knowledge transfer from academia to industry. 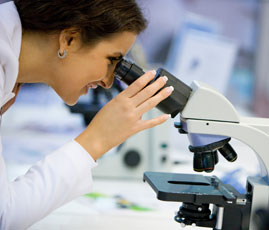 Dr Ian Llewellyn, Head of Business Development at Queen Mary, explains: “The knowledge transfer projects will employ newly qualified post-doctoral researchers, enabling them to make the switch between academia and industry with a recognised qualification in knowledge transfer. They will also ensure industry is kept fully aware of the outputs for exploitation from our EPSRC funded research base.”

It is estimated that 30 per cent of the UK’s knowledge base resides in universities, and that universities produce nearly all the graduates and post-graduate talent that form the basis of the UK’s privately run research and development centres of excellence.

A pilot version of the scheme has already been rolled out at the College with great success - of the young researchers who were involved with the scheme, 80 per cent were subsequently offered employment with the industry partner. This included developing leading-edge research work with blue-chip companies such as Sony-Ericsson, Nortel and Dow Corning as well as smaller high-technology spin-outs. For every £1 expended on the pilot scheme by the Government through EPSRC, industry contributed £3.28 in cash and a further £1.60 in contributions in kind such as the lending of materials and equipment. Eight new products were developed in the pilot for commercial exploitation using Queen Mary’s expertise.

The award, one of only nine in the UK, is recognition of Queen Mary’s growing research success: its RAE performance placed it in the top 3 fro increased earnings from HEFCE, with the science and engineering sector achieving an uplift matching that of a top 20 UK university

It builds on an ongoing strategy of developing early career staff, stimulating interdisciplinary research, and encouraging novel relationships with users in companies, the public sector and the creative industries. Feedback from EPSRC indicated that the positive attitude and willingness to think radically was what won the award for Queen Mary.

Project lead Professor Ursula Martin, Vice-Principal for Science and Engineering at Queen Mary, added: “The leverage of university research to provide socioeconomic benefit is vital to the continued prosperity of the UK. We believe the process of turning technology, know-how, expertise and skills into innovative, commercial products and services is crucial, and we hope that this scheme will be a role model for future initiatives nationally.