C4DM at The Cheltenham Science Festival

Queen Mary’s Centre for Digital Music (C4DM) will be taking part in the Cheltenham Science Festival this month - one of the UK's leading science festivals. 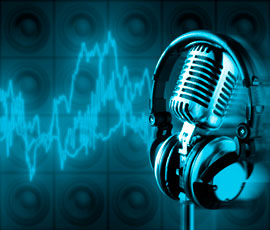 C4DM are involved with two popular exhibits in the Discover Zone which aims to provide interactive science for all ages, engaging thousands of schoolchildren, families, and others in the possibilities of emerging music technology.

C4DM's two exhibits include The Shadow Instrument - a giant musical instrument which allows people to interact with sound using their shadows. A pattern of several coloured spots are projected on the floor, and stepping into a shape triggers sound to play, creating an interactive musical space.

The team will also be exhibiting The B-Keeper - a drum system allows you to take over the role of drums in a band. The software program analyses the beats played so that the song varies its tempo in response to the drummer. At the Science Festival, people will be able to step into the drum seat and set the pace of Michael Jackson’s ‘Billie Jean’.