Robert Peston to lecture on the post-crisis UK economy

Multi-award winning journalist and broadcaster Robert Peston is to speak at Queen Mary, University of London on Wednesday 28 October 2009. 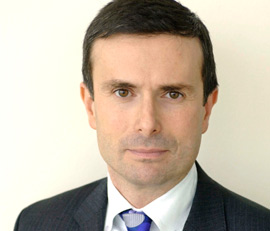 In his lecture, ‘Business as normal? Not a clever idea’, Mr Peston will look at how and whether business and the economy will change as we emerge from the worst financial crisis since the 1930s.

Son of economist Lord Maurice Peston, who was Emeritus Professor and founder of the Department of Economics at Queen Mary, Robert Peston has been a business and current affairs journalist for over 25 years.

He is perhaps best known for a series of exclusive stories about the global financial meltdown and the UK recession, including his scoop on the Northern Rock crisis.

Robert Peston has published two critically acclaimed books: Brown’s Britain, a biography of Gordon Brown, and Who Runs Britain?, his best-selling account of who’s to blame for the economic turmoil that the country is now in.

Lecture: ‘Business as normal? Not a clever idea’

This event will be made available as a podcast.

This is a free, but ticketed event. To confirm attendance, please contact events@qmul.ac.uk