The life and works of Nobel-Prize winning playwright Harold Pinter will be celebrated in a festival being held at Queen Mary, University of London from Friday 13 November to Sunday 15 November 2009. 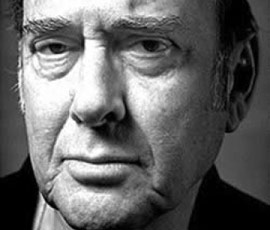 Organised by Queen Mary Theatre Company, the festival will celebrate the career highlights of one of Britain’s most acclaimed modern dramatists.

The student-run Company, which is supported by the Department of Drama, will perform a variety of Pinter’s work ranging from 10-minute plays such as Night to better-known scripts like The Birthday Party.

Various respected University of London lecturers will also hold talks on Harold Pinter and his oeuvre throughout the festival.

The festival will be a fitting tribute to the life of the late playwright, who had longstanding ties with Queen Mary. He opened the very studio in which many of the festival productions will be held, and which now bears his name.

The weekend-long festival is open to the public and audience members can either pay for specific nights, or purchase a festival ticket for entry to all productions at a reduced price.

All evening productions will be held in the Pinter Studio in the Arts Building, while The Dumb Waiter and One For The Road are being shown in the atmospheric basement of the Peoples Palace. Both venues are on the College’s Mile End campus.