In the wake of Alistair Darling's Pre-Budget Report for 2009, tax specialist Jonathan Schwarz at Queen Mary, University of London gives his perspective on the proposed levy on bankers' bonuses. 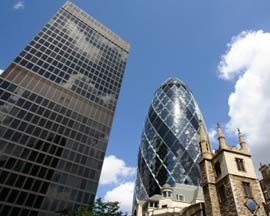 "A super tax on bonuses draws on popular anger against bankers and is simply a headline-grabbing political move that will soon be forgotten.

In substance its effect is likely to be negative. Since it only applies to bonuses where the entitlement arises after 9 November 2009, it does nothing to redress the dismay at those whose reckless risk-taking in previous periods caused so much damage. They seem to have escaped with impunity while the next generation bears the consequences.

As a deterrent to bonus payments for bankers, it is unlikely to collect much tax, as it only applies to bonuses actually paid. Well-dispersed throughout the Pre-Budget Report - to keep it off the front pages - the real tax burden will be born by ordinary, working people.

The PBR focuses on bankers and their perks, but the proposal does nothing to question the bonus culture that has permeated all sectors of the economy in recent years, whether state or private sector - the highest paid and most powerful are entitled to extra pay for doing their jobs.

The super tax is also yet another factor driving business from the UK abroad. In needs to be put in the context of what has become a highly unstable and unpredictable tax system and an inexorable authoritarian drift by the tax administration. Banking is only one mobile business. Bankers and hedge fund managers leaving the UK attract the headlines but they reflect unease in the wider business community."

Jonathan S. Schwarz is Visiting Professorial Fellow in the School of Law at Queen Mary, University of London. In addition to teaching the LLM Tax Law, he is also a practicing tax barrister at Temple Tax Chambers in London, which focuses on international tax planning and tax disputes involving international issues.