Queen Mary has been shortlisted for a second prestigious award for taking the ethical step of bringing its non-residential cleaning service back in-house after 15 years with contractors. 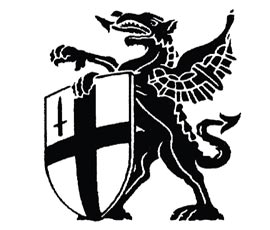 The College is a finalist in the Economic Regeneration category of the Lord Mayor’s Dragon Awards 2009, which recognises London-based businesses that are helping to fight social exclusion and regenerate local communities. The news comes only two months after Queen Mary won a coveted 2009 Green Gown Award for the same project.

The in-house cleaning service was established after ESRC-funded research conducted by Queen Mary’s Department of Geography exposed the dire economic situation for many workers in low-paid sectors like cleaning and catering.

Since inviting all contracted cleaners to transfer to its employment on 1 January 2008, the College now provides training, appraisal and career development opportunities for 100 cleaners. Wages are now 48 per cent above the minimum wage of £5.73, even beating the London ‘Living Wage’ (£7.60 an hour) - and cleaners have access to all the benefits of Queen Mary employees.

Hailed as the first ‘Living Wage’ campus in the UK, the College is leading the way for all other higher education institutions to improve the lives of disadvantaged employees.

Since they were founded in 1987, the Dragon Awards have attracted high quality applications from a variety of companies and public bodies throughout Greater London.  This year 21 organisations are shortlisted in six categories relating to different aspects of corporate social responsibility.

Dragon Award winners will be announced at an annual awards ceremony hosted by the Lord Mayor, head of the City of London Corporation, at the Mansion House on Thursday 15 October.

Winners of Dragon Awards receive a prestigious Dragon Statuette, local and national press coverage and the recognition amongst their peers and competitors as offering exemplary programmes of Corporate Community Involvement. One of the winners will also be chosen to host a visit from the Lord Mayor.