A Queen Mary law expert is to write a paper that will guide government policy on intellectual property (IP) rights. 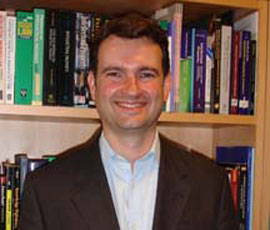 Dr Duncan Matthews, of the Centre for Commercial Law Studies, has been commissioned to write “Patents in the Global Economy” by the Strategic Advisory Board for Intellectual Property Policy (SABIP).

Speaking on his involvement, Dr Matthews said: “I am delighted to have been appointed as one of ten international experts advising SABIP on the role and rationale of the patent system.

“This is an important opportunity to explain how patents can best stimulate innovation in the public interest at such a critical time for the global economy,” added Dr Matthews, who is a Reader in Intellectual Property Law at Queen Mary.

The role of SABIP, which was established in June 2008, is to give independent, evidence-based advice to government ministers, and the Chief Executive of the Intellectual Property Office, on the development of IP policy.