A media law expert at Queen Mary, University of London, has joined the Board of the Press Complaints Commission, it was announced today. 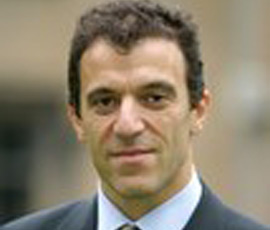 Professor Ian Walden will take over from Colleen Harris, former Director of Strategy and Communications at the Equality and Human Rights Commission.

On his new appointment to the UK’s press watchdog, Professor Walden said he was “delighted” and looked forward to providing his perspective and expertise to any decisions made by the Commission.

"I firmly believe the current system of self regulation is the most appropriate and flexible form of press regulation - particularly important in a time when print and online media increasingly converge," he adds.

Baroness Buscombe, Chair of the PCC board, said she looked forward to Professor Walden joining the Commission, with his “highly relevant experience of complex media and policy issues”.

“He brings a tremendous knowledge, experience and intelligence which will contribute greatly to the work of the Commission," she says.

Professor Walden is Head of the Institute of Computer and Communications Law within the Centre for Commercial Law Studies at Queen Mary. His recent publications include Media Law and Practice (Oxford University Press, 2009, edited with Gavin Sutter and David Goldberg). Beyond his academic role, Professor Walden is a consultant to global law firm Baker and McKenzie and is a Board Member of the Internet Watch Foundation.

He has also advised government on law reform initiatives and acted as adviser to a number of institutions, including the European Commission, the World Bank and the House of Lords.