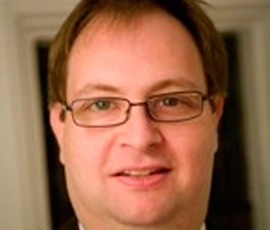 With White & Case’s assistance, Queen Mary’s next major survey in international arbitration has begun with the appointment of Research Fellow, Penny Martin.  Penny comes to Queen Mary from the Centre for International Courts and Tribunals at UCL where she had been conducting empirical research on international law.

Queen Mary’s previous surveys in 2006 and 2008 investigated corporate attitudes towards arbitration and the enforcement of international awards.  The White & Case/Queen Mary survey will focus on corporate choice in arbitration in key regions of the world.

The 2010 report is set to revisit the focus of the 2006 report into corporate attitudes toward arbitration, which will allow trend analysis on the changes in the proceeding four years.

“We are delighted to welcome Penny as White & Case Research Fellow on this important project and to take our previous very well received surveys yet another step further,” commented Professor Loukas Mistelis, Director of the School of International Arbitration at Queen Mary.

The new survey will have an extended geographic remit, with a particular focus on international arbitration in emerging markets.

“White & Case considers that the views of corporate counsel towards international arbitration, particularly in respect to transparency and the costs involved, will be of great interest to all those within the community,” commented Phillip Capper, head of White & Case’s London international arbitration group.  “There is an increased focus on investment and infrastructure in emerging markets.  Arbitration is the dispute resolution method of choice in cross-border transactions.  Broadening the research in this way to attitudes towards arbitration proceedings is very timely."

The first quantitative questionnaire is being finalised.   The research will be conducted over the next nine months.   The report is likely to be launched at the IBA in Vancouver in autumn 2010.

“I am excited to be a part of this project,” commented Penny Martin. “It will be interesting to consider changing attitudes since the 2006 report. Once the questionnaire is finalised, we will invite responses from corporations, States and others from a diverse range of geographical regions, and will then conduct qualitative interviews with a smaller sub-group.”

Penny Martin is an Australian solicitor with a background in public international law, international commercial arbitration and investment treaty arbitration. She completed her training and worked as a solicitor at a large Australian commercial law firm. She recently completed a three-year Arts and Humanities Research Council funded Research Fellowship with the Centre for International Courts and Tribunals at University College London where she conducted empirical research in a wide range of countries on the nomination and election of international judges.