Can one have a legal right to disobey a law?

Using the recent test case of right-to-die campaigner and multiple sclerosis sufferer Debbie Purdy, who challenged the law on assisted suicide, the issue of civil disobedience will be examined in a forthcoming inaugural lecture at Queen Mary, University of London. 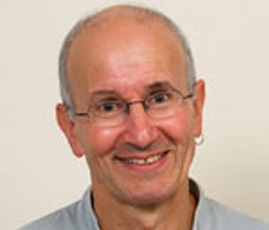 Speaking on Thursday 3 December 2009, Professor David Schiff, an expert on criminal appeals and miscarriages of justice, will consider the difficulties, for the political and legal systems, of recognising claims that it is right, or that one can have a right, to disobey the law.

“Debbie Purdy’s claim that her human rights were being infringed by a lack of clarification on how the Suicide Act is enforced was upheld in a landmark House of Lords ruling earlier this year,” explains Professor Schiff.

David Schiff is a professor of Law at Queen Mary’s School of Law, having previously held the position of Reader in Law at the LSE. He is also a member of The Criminal Justice Centre, a legal research unit at Queen Mary.

During his academic career Professor Schiff has researched and published on emergency powers; the sociology of law; the English Legal System; civil liberties and the interface between law and the media.

His present research interests include miscarriages of justice, criminal appeals, legal theory and the philosophy of law.

This is a free event. To reserve seats, please contact: events@qmul.ac.uk

Lecture: Can one have a legal right to disobey a law?