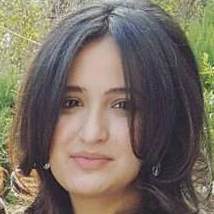 Sara Seerat’s practice in the legal sector has been diverse, which has contributed to her expertise and well-rounded knowledge of civil and corporate law in Pakistan. She is currently an Associate Partner at Mahmood A. Awan & Associates, where she practices as a civil litigator and legal advisor in areas of oil and gas, the power sector, mergers and acquisitions, stock exchange matters, employment, property and family matters. Prior to this, she was employed as an associate at Awan Raza, where she practiced as a civil litigator from July 2014- May 2015, until the firm dissolved in May 2015. Between November 2010- March 2014, she was employed as an associate at Orr, Dignam & Co., which is ranked as Band 1 for corporate law, where she practiced as a corporate lawyer. During her time at Orr, Dignam & Co., Sara advised on regulatory compliance, drafted contractual documents, structured transactions and issued legal advice in the fields of telecommunications, power projects, mergers and acquisitions, employment matters, competition law, and privatization.

Sara was called to the Bar of England & Wales by the Honourable Society of Lincoln’s Inn in June 2010, after having completed the Bar Vocational Course at BPP Law School, London. She read law (LLB) at Queen Mary, University of London from 2006- 2009, and graduated with a 2.1 (Hons.) in the summer of 2009.

Sara moved back to Pakistan from London in 2010, and has been working in Islamabad ever since. She is a member of the Islamabad Bar Association, Pakistan and the Punjab Bar Council, Pakistan. Sara is licensed to appear as an advocate before the civil and high courts of Pakistan.