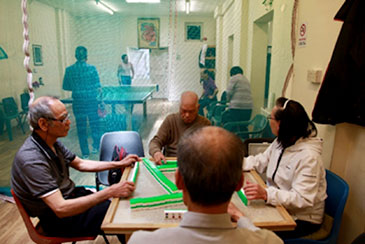 Afternoons at An Viet in Hackney captured the imagination of this year’s judging panel as PhD student Eithne Nightingale scooped first prize in the School of Geography’s annual photo competition, Worldview 2017.

Eithne – whose research focuses on children’s experiences with immigration; history and politics of the East End of London; diversity, equality and social justice and particularly in relation to museums, galleries and heritage – submitted a couple of photographs to this year’s competition. The winning image, entered in the ‘City Life’ category, features a hive of activity with Vietnamese pensioners meeting up to challenge each other at Mah Jong and at table tennis and just for a chat.

“I photographed and filmed the pensioners at play for the film Passing Tides about Linh Vu who escaped Vietnam with her father Thanh Vu at the age of eight,” Eithne explained. “Thanh Vu set up the An Viet community centre in Hackney nearly 30 years ago. I have known him since he arrived in Hackney and when I helped him find premises and funding for English and mother tongue classes. I recently helped Than Vu get his autobiography published which we launched with a screening of the film. He still runs the An Viet centre,” Eithne added. 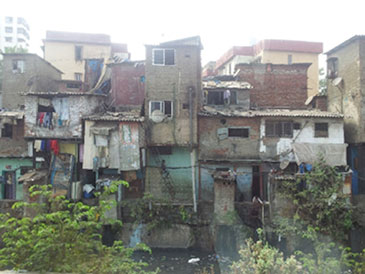 Second place was awarded to MA student Sharon Ball who captured her image – also entered in the ‘City Life’ category – on a recent field trip to Mumbai.

“The coach lurched to a standstill in Mumbai traffic, gazing over the view of hutments by the road, a bricolage of make-shift homes and faded colours,” explained Sharon. “The patterning of informal architecture, clothes drying on window ledges and satellite dishes distracted me at first from the filthy rubbish-strewn river below. A movement caught my eye as children play in the midday sun. A young boy cast his home-made rod in to the river, another sat fixing his, while a third looks down to see what his friend may catch.” 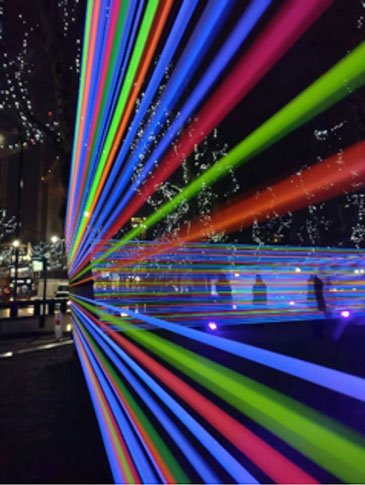 “The business district of Canary Wharf is known for its opulence defined by well-lit high rise structures. As part of the Winter Lights installation, artists tried to recreate such an atmosphere using nature, especially trees within urban parks. Seen here is the Horizontal Interference installation created using neon coloured ribbon-like material which were wrapped around the trees to add to Canary Wharf's natural vibrancy,” Mishma explained.

Head of School Professor Alison Blunt said she had been delighted by the number, quality and variety of images submitted in this year’s competition. “Through their images our students, staff and alumni have shown how geographers and environmental scientists can give us such unique perspectives on the world,” she said. “We received nearly a 100 entries across all categories and were also pleased to award an alumni prize, as well as a new inclusivity prize this year.” 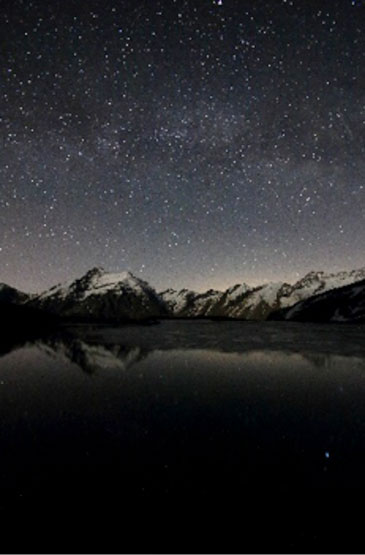 My Place in the World – Starlight at Lake Djouan, Italy. © Stefano Brighenti

PhD student Stefano Brighenti triumphed with the People’s Choice award with his beautiful image of starlight over Lake Djouan, at the Gran Paradiso National Park in Italy.

“Nights can be very cold at the beginning of the summer in Alpine ranges. On the Lake Djouan (2516 m), the ice still remaining after the long alpine winter gives way to the water surface. After months without light the lake is back for smiling its reflection of the stars and the Milky Way,” said Stefano.

The photo competition has been running in the School of Geography for a number of years now, and this year was the first time when it was opened up to alumni. Former BA geography student, Thomas Fletcher-Wilson’s image of a fisherman from Hong Kong was awarded first place in this category. 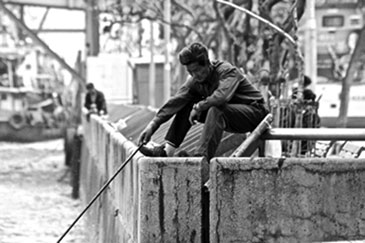 Amongst all the pollution, the traffic and the business hub that is Hong Kong, he managed to capture this image in which an old fisherman patiently waits for his next catch. 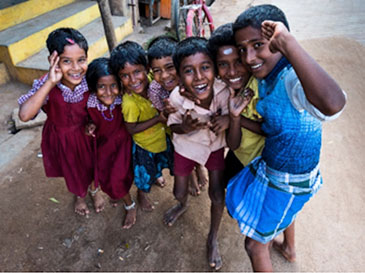 My Place in the World – Karaikudi, Tamil Nadu. © Roger Lee

Another newly introduced prize this year is the inclusivity award which went to Professor Roger Lee for his image of children from a recent trip to Karaikudi, Tamil Nadu. He said the trip tought him so much about inclusivity and about how little he knew of previously.

“Despite the prevalent poverty and associated living conditions, everyone was delighted to see us and to welcome us – not least by asking for their photograph to be taken. All of these children would be ’naturals’ for any film of Indian life and all were organized, in ever-changing groupings, for a spontaneous photo-shoot - which took all of 90 seconds - by the eldest on the right,” he said. 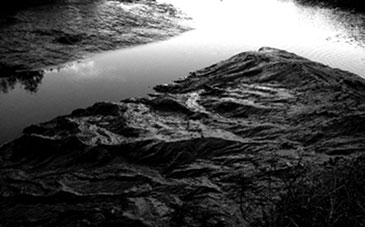 The winner of the staff prize this year was Michelle Day with her thought-provoking ‘Resilient Earth’ image, captured on fieldwork on the bank of the River Tamar in Saltash.

Congratulations to all prize winners and thank you to everyone for submitting such fantastic images to the competition!