UK can lead the way in labour rights post-Brexit

Leading academics have today published a set of proposals for the protection of workers’ rights in post-Brexit UK trade agreements.

In a joint report from Queen Mary University of London (QMUL) and led by the University of Warwick, the authors set out a series of principles to ‘protect, promote and empower’ labour rights in post-Brexit trade deals. 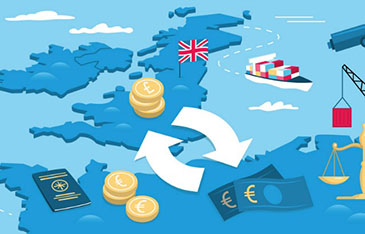 The report, which draws upon research funded by the Economic and Social Research Council and University of Warwick, argues that the UK has an opportunity to improve significantly on protections in US and EU trade agreements and must not engage in a “race to the bottom” to improve competitiveness.

The authors argue that future trade agreements should, at a minimum, seek to maintain existing labour rights to prevent any erosion of rights when the UK leaves the EU in 2019. Such a commitment would, they argue, prevent a weakening of labour law as a competitive policy tool to attract investment and increase exports. They say that while EU and US trade agreements do include provisions to prevent the dilution of labour law, enforcement measures are relatively weak.

The authors also recommend a bespoke approach to country-specific trade agreements. Both the EU and the US tend to use a standardised approach to the inclusion of labour rights – there is very little variance from country to country. The report outlines an opportunity to make a real impact on workers’ rights by customising labour provisions to target the issues of particular concern in each trading partner.

The report also recommends an approach that empowers organisations that advocate on behalf of UK and overseas workers. The report says: “In terms of the wider policy making process, trade unions and other civil society actors representing and campaigning on behalf of workers’ rights could be empowered to meaningfully participate throughout the negotiation and implementation of future trade agreements.”

The report’s authors, who include Adrian Smith, Professor of Human Geography at QMUL, and Liam Campling, Senior Lecturer in Political Economy at QMUL, said: “The post-Brexit trade agreements which the UK signs will, for better or worse, have significant impacts on the lives of workers in the UK and its trading partners. At the moment, the political rhetoric suggests that the concerns of workers could be taken seriously in these future trade deals.

They warn though that the UK must seek to do much better than the US / EU status quo. “If UK trade agreements are to include meaningful commitments on labour rights for workers in the UK, its trade partners and in global supply chains, then the bar must be set much higher than the approach in current EU and US agreements.”

The report was launched today at the British Library.