Hunting for ostracods in a Scottish loch

Towards the end of July Environmental Science BSc students Rene Lee and Lukasz Dobbek spent a few days at the Loch Leven National Nature Reserve (NNR) in Scotland, as part of their final year project. Their trip was supported by the QMUL Expedition Fund which offers financial assistance to undergraduate and postgraduate students for expeditions they would like to undertake during the summer vacation, linked to staff research or their own dissertation projects. 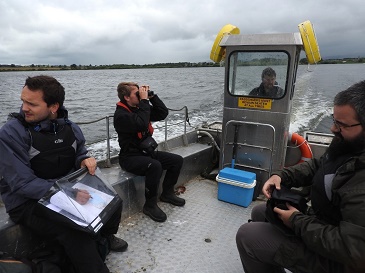 Rene and Lukasz assisted Professor Dave Horne as part of their work in a QConsult Research pilot project. They searched the loch for ostracods (microcrustaceans) and one in particular, Cytherissa lacustris – a rare species in the UK. The aim was to study the ecology of present-day ostracods, so that they could use their fossil records to reconstruct past climates across the British Isles. During their time, they met with Jeremy Squire and Gus Routledge from the NNR and were taken out on the loch in a boat to collect sediment samples from the bottom of the lake. 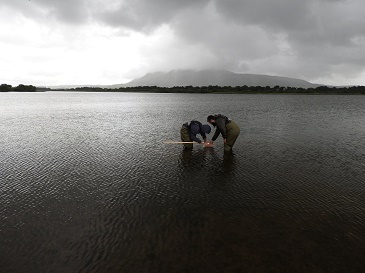 They also visited St. Serf’s Island, the site where Professor Horne took his preliminary samples the summer before. Over the next few days, they drove around the edge of the loch, finding any accessible point on the map and sampling it – it was essential that the physicochemical parameters (pH and electrical conductivity) were measured at each site. 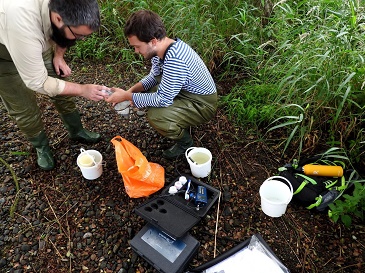 After a day’s work they would return to their hotel, set up the microscopes in their rooms, and spend the next few hours looking at the samples. This usually brought about some disappointment when some samples came back relatively devoid of ostracods, but much excitement when they discovered Cytherissa lacustris living in both deep and shallow water conditions. “The trip was a lovely bonus to my degree, carrying out my own fieldwork in a beautiful part of the United Kingdom,” said Rene. “This fieldwork couldn’t have been made possible without Dave, Jeremy, everyone at the NNR and the QMUL Expeditions Fund that supported both Lukasz and myself,” he added.