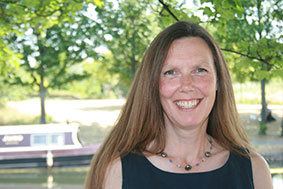 Professor Wharton presented her paper at REFORM in The Netherlands.

Flood defence teams will consider the social as well as environmental potential of flood-risk areas much earlier in their plans thanks to a new survey technique designed by QMUL Geography staff.

The ECOSTATUS Survey, commissioned by the UK’s National Environmental Assessment Service (NEAS), provides engineers looking to build flood alleviation or defence schemes with a report that encompasses opportunities to improve not only an area’s resilience to flooding, but its economic and social potential too.

Professor Geraldene Wharton presented a paper about the survey at REFORM – an international conference on river and stream restoration – in The Netherlands this month to demonstrate the new approach to leading academics from countries across the world. It’s the first time the scheme has been shared outside the UK.


The Dutch Government has been working to re-route 30 rivers as part of its ‘Room for the River’ project.

“Experience in the UK had shown that while engineers were implementing excellent flood alleviation measures to tackle specific river-related problems, there were missed opportunities to improve a whole area,” Professor Wharton said.

Other factors such as the landscape, amenity and heritage as well as biodiversity and habitat could all potentially improve if considered in flood alleviation schemes. “By taking a more holistic approach at a much earlier stage in the process, the ECOSTATUS Survey technique allows assessors to present flood defence teams with a complete picture of how planned works could incorporate other ideas that will benefit the local area and its community,” Professor Wharton explained. “It may be additional bridges can be added to connect otherwise separate communities, or that extra space is given for public amenity and wildlife reserves. Projects can become a real financial asset to an urban area.” 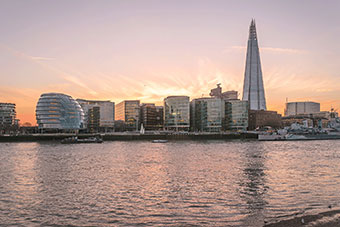 Parts of the Thames catchment will need to reach ‘Good Ecological Status’ by 2027.

Legislation, such as the European Union’s Water Framework Directive, requires that rivers reach Good Ecological Status by 2027 – or Good Ecological Potential for ‘heavily modified waterbodies’ such as parts of the Thames catchment. “Changes in policy mean we have to consider how river ecology can improve in the near future,” Professor Wharton said. “This broader survey approach means that we also have a way of monitoring the success of these schemes and informing future projects in a consistent way.”

The survey’s data are collated on a website which means project teams can use geographical information system (GIS) data to share and analyse information much more easily. Professor Wharton and colleague Professor Angela Gurnell – who developed the ECOSTATUS survey from the Urban River Survey – have already trained around half of the Environment Agency’s NEAS) staff here in UK to use this new methodology.