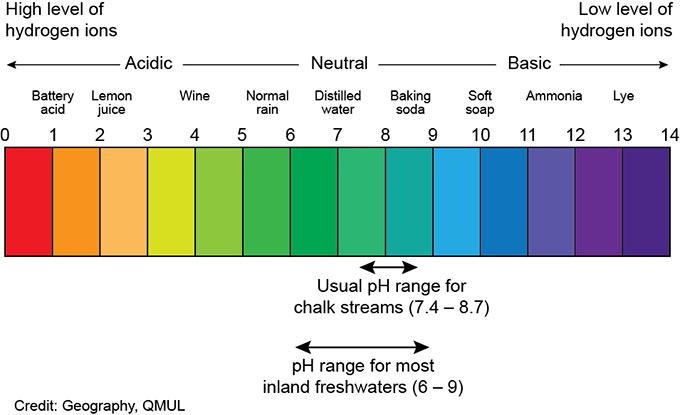 pH is measured on a negative logarithmic scale, so that a change in 1 unit of pH is equivalent to a ten-fold change in the concentration of hydrogen ions.

Why do we measure pH in river water?

pH controls many of the chemical reactions that will occur in the water and determines which aquatic life can use the water. Fish, for example, are particularly sensitive to changes in pH in a river. 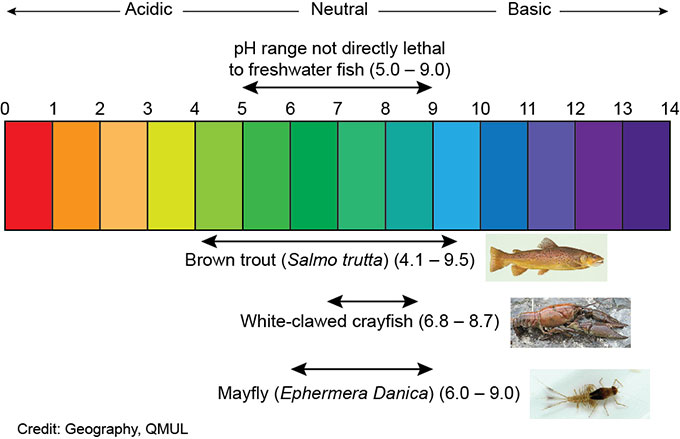 Chalk rivers are naturally alkaline with a pH of between 7.4 and 8.7. Their pH is controlled by a combination of the geology, the plants in the river, and human activity. Pollution can change the water’s pH, which in turn, can harm the fish, animals and plants in the river.

How does geology influence pH?

Chalk is limestone made from the shells of ancient algae called coccoliths which lived approximately 100 million years ago. The chemical constituents of chalk are calcium and magnesium carbonate. This carbonate will react with hydrogen ions in any water that flows through it, so that water becomes alkaline in nature (i.e. has a low hydrogen ion content).

British Geological Survey have a useful online map of principal aquifers in the UK which provides further information on chalk geology.

How do aquatic plants control the pH? 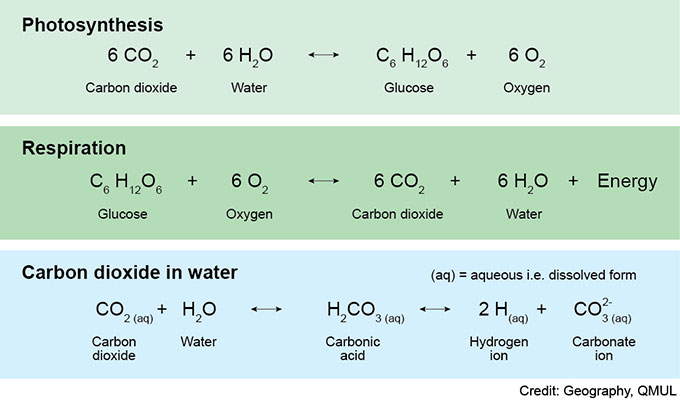 Carbon dioxide dissolves in water to produce carbonic acid, which in turn dissociates to release hydrogen ions. At night there is more carbon dioxide, and therefore more hydrogen ions in the river water, compared to the daytime. This means that water is more acidic at night compared to during the day. 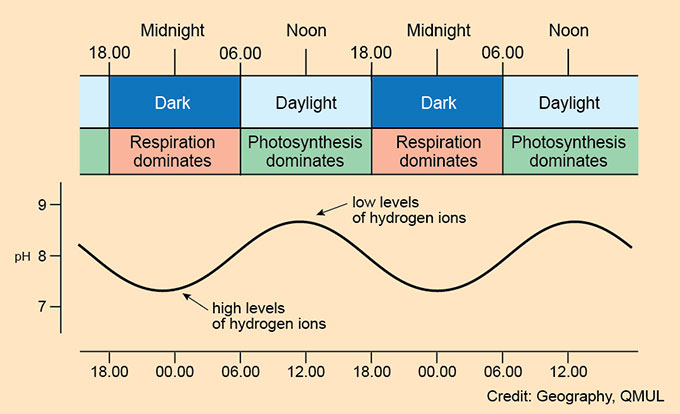 Aquatic plants grow in the river from Spring through Summer, and die back in Autumn and Winter. Therefore, there are more plants photosynthesising and respiring in spring and summer compared to winter. This means that the plants cause greater daily changes in pH in spring and summer than can be seen in winter.

How can human activity change the pH?

The pH of a chalk stream can be altered if acidic runoff enters the river, and changes the river chemistry. In some parts of the UK this has occurred due to highly acidic mine water entering the river system. In the Chilterns it will be interesting to find out whether road runoff and/or inputs from sewage treatment works modify the pH of the river water.