Algae are aquatic organisms containing chlorophyll within their structure. Algae live in the water column (called phytoplankton) and attached to the river bed. They are an important food for other river life such as small animals and freshwater shrimp.

The chlorophyll molecule allows algae to absorb energy from light; a process known as photosynthesis. Thus chlorophyll can be used as a measure of algal content in rivers. Chlorophyll-a is a type of chlorophyll molecule which is common in algae. Whilst measurement of the chlorophyll-a content of river water will not measure all of the algae in a river, it can be a good overall indicator of general patterns in phytoplankton growth and die-back and is widely used by freshwater and marine scientists. 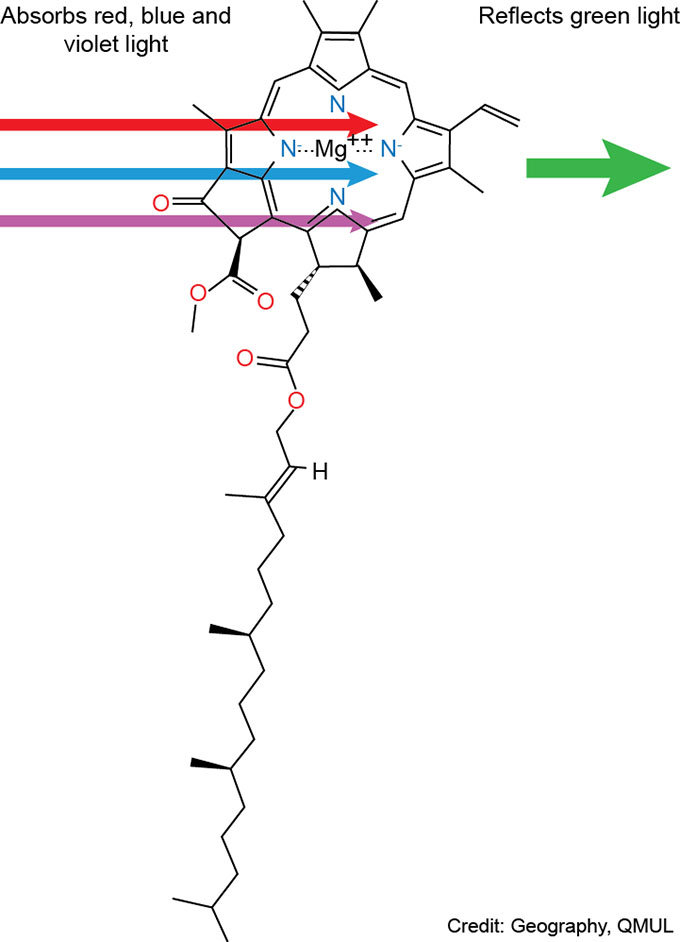 Why do we measure chlorophyll-a?

Algal growth is often linked to nutrient enrichment in freshwaters. Whilst algal growth is a natural occurrence, excessive algal growth can be a symptom of eutrophication. Much of the work on eutrophication has been carried out in lakes, but we can apply some of these findings to the river environment. By day algae will photosynthesise and produce oxygen. However, when excessive algal growth occurs, then the decay of this algae (which is essentially organic matter) will be accompanied by the rapid growth and multiplication of respiring bacteria which may use up dissolved oxygen in the river water.

In chalk streams filamentous algae can grow on the river bed smothering the gravels, preventing good light penetration to aquatic plants, and hence affecting their growth. 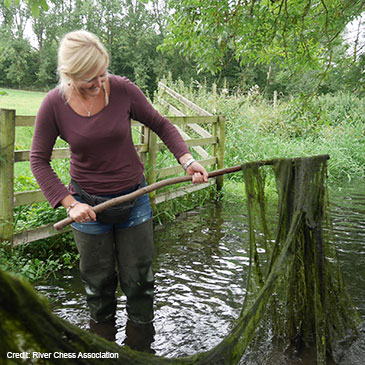 What are the natural controls on chlorophyll-a?

In addition to nutrient levels, light levels are also a critical control on algal growth. The clear water of chalk streams favour growth of algae, and there can be some clear differences in algal growth in areas of the river that are shaded by trees compared to those river reaches where there is sunlight throughout the day. A combination of high water temperature, good light levels and slow flowing water (so that there is time for algae to grow) are thought to favour algal growth. Consequently in UK rivers there are often sustained period of algal growth, termed ‘algal bloom’, from Spring into early Summer. Sometimes a second algal bloom occurs in late Summer and early Autumn.

How can human activity change chlorophyll-a?

Algae need nutrients to grow, but high levels of nutrients can cause algal blooms to occur. Unfortunately human activity can cause nutrient levels in rivers to rise, and this has been a long-term problem in UK rivers for several decades. Two important nutrients that have been elevated in our rivers are nitrogen and phosphorus. High nitrogen concentrations occur for a variety of reasons including agricultural inputs from fertiliser application (including slurry and man-made fertilisers) and treated sewage effluent. The relative importance of the different sources of nitrogen depend, to a large extent on the type of farming, and human population in the catchment. Phosphorus also enters our rivers from fertiliser applications, and from household cleaning products which find their way to our sewage treatment works via our drainage systems.