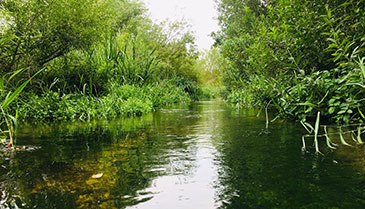 Key skills associated with this activity:

The River Chess is located in a region of England which is underlain by chalk geology. This chalk geology has a major influence on the landscape, on the plants and animals in the area and on the flow of water through the landscape. Chalk is naturally porous and can hold water within its pore spaces and cracks in the rock. Rainfall in a chalk catchment will infiltrate through the soil and down into the chalk where it fills the pore spaces, creating an aquifer. In the context of a chalk catchment, the groundwater is the water held underground in the chalk rock and soil. This water feeds the rivers in the catchment through springs, and by upwelling into the river bed. In this activity you will be investigating the relationship between the groundwater in the catchment and the flows in the River Chess using data supplied by the Environment Agency. This relationship is important to understand because human activity, such as groundwater extraction to supply drinking water, can alter groundwater levels and hence the flow of water in the river (See ‘Where does my tap water come from?’ for further information). 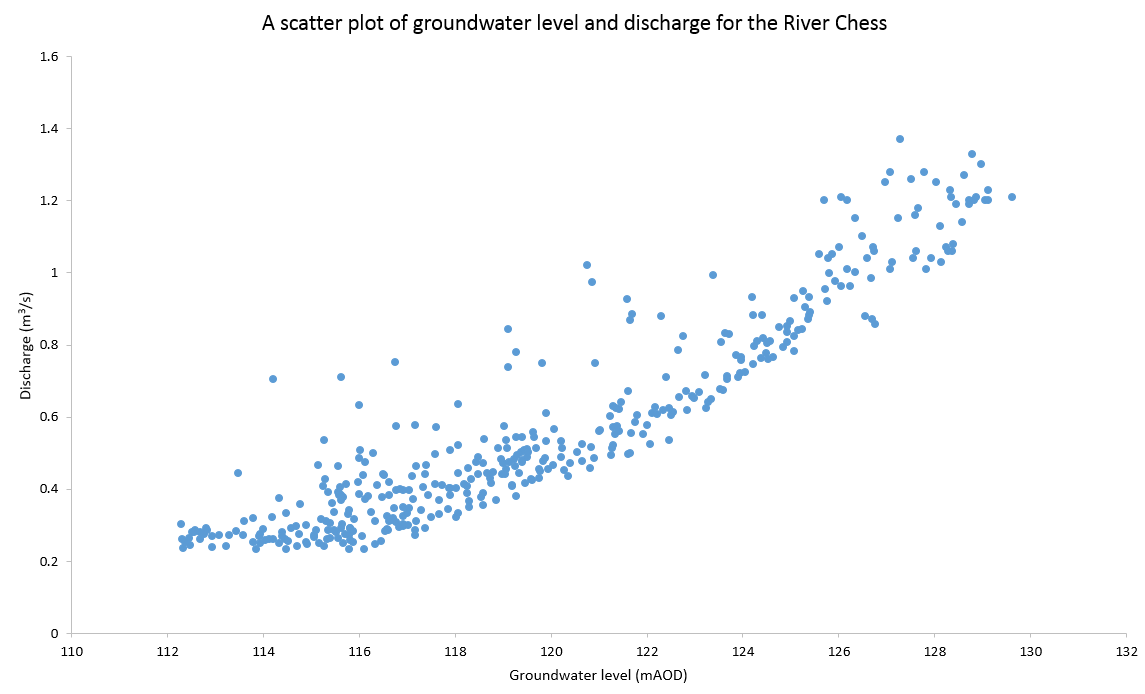 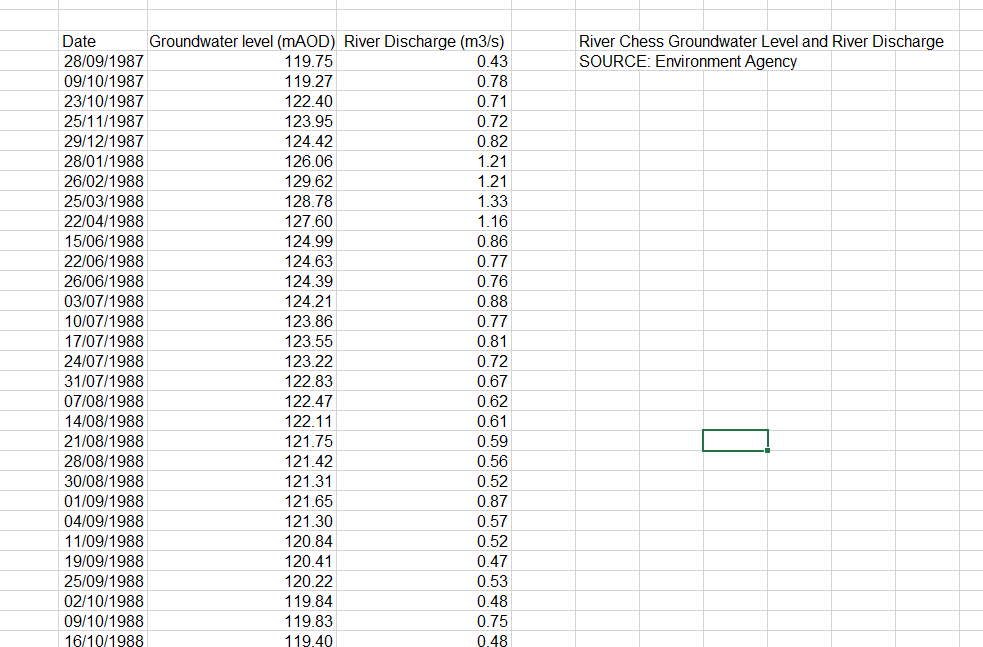 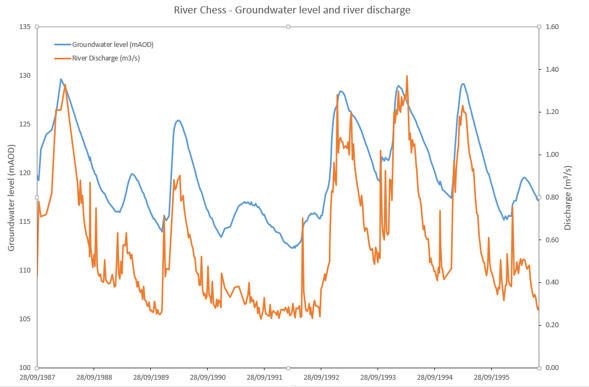