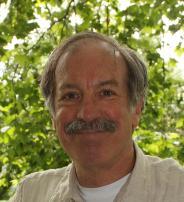 I am currently the head of the Cancer Prevention unit within the Centre for Prevention, Detection and Diagnosis, and appointed as the John Snow Professor of Epidemiology at Queen Mary, University of London. Until 2021, I was the director of the Wolfson Institute of Preventive Medicine in London and also head of Centre for Cancer Prevention. I hold a PhD in Mathematics and have previously worked at Oxford University and Columbia University, New York.

In 2007, I was chosen by Thompson Scientific as one of the twelve hottest researchers in all of science. I was awarded the AACR Cancer Prevention Prize in 2012 and the American Cancer Society Medal of Honor in 2015. In 2017 I was awarded a CBE for services to cancer prevention and screening, and the CRUK Lifetime Achievement in Cancer Research prize.

I am the author of more than 500 peer-reviewed papers and have published in all the major medical journals.

I am currently Chairman of the International Breast Cancer Intervention Study (IBIS) Steering Group and the ATAC trial. I have worked extensively in breast cancer and was the first to report the effect of tamoxifen on contralateral tumours as an indicator of its potential chemopreventive role. I demonstrated that a change in mammographic breast density on endocrine treatment is a biomarker for its effectiveness.

I am involved in studies on the use of HPV assays for cervical screening, the use of flexible sigmoidoscopy for colorectal cancer screening and markers for the behaviour of early prostate cancer.

I am the statistician for several major breast cancer trials and maintain an active interest in developing new statistical methodology, especially in the area of adjustments for non-compliance and cross-over, and multi-arm clinical trials.