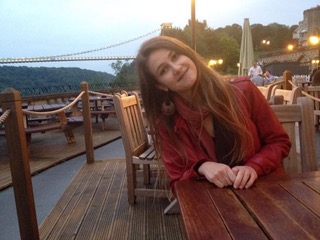 I'm interested in language acquisition, from infancy to early adulthood. My research focuses on speech perception/production and early phonological development, particularly in bilinguals who grow up in large immigrant communities. My recent research explores the relationship between these early stages of acquisition and later language and literacy development. As a trained speech and language therapist, I am also interested in atypical development, in particular assessment and intervention for bilingual populations, and language development in late-talkers.
I direct the QMUL Language Acquisition Lab. You can read more about our current projects here.

McCarthy, K.M. & Evans, B. G (2019). The perception of familiar and unfamiliar accents by bilingual and monolingual children. Proceedings of the 19th International Congress of Phonetic Sciences, 2203-2207.

Oxbury, R. & McCarthy, K.M. (2019). Acquiring a multiethnolect: the production of diphthongs by children and adolescents in West London. Proceedings of the 19th International Congress of Phonetic Sciences, 2208-2212.