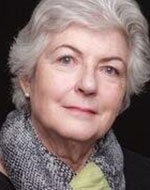 She is Chairman of the British Literary and Artistic Copyright Association (BLACA) and represents the UK on the Executive Committee of  ALAI, the Association littéraire at artistique internationale, based in Paris.

Professor Davies is a former Chairman of a technical board of appeal and permanent member of the Enlarged Board of Appeal at the European Patent Office (EPO); consequently she has wide experience of the substantive law and procedure under the European Patent Convention (EPC).

Gillian is a specialist in UK and international intellectual property law with a particular emphasis on the international conventions governing patent law and copyright and related rights as a result of many years experience gained working for WIPO, Geneva, the International Federation of the Phonographic Industry (IFPI), London, and the European Patent Office (EPO), (Munich). Her expertise extends also to EU legislation on patents, copyright and related rights.

Gillian’s practice concentrates on European and international advice on patent and copyright matters. She advises Blue-Chip companies from the UK and all over the world, in particular, from EU Member States, Canada and the USA. She also acts as mediator in IP cases. Gillian is in demand as a speaker at international and UK conferences on IP.

Gillian is a senior co-editor of the 14th (1999), 15th (2005), 16th (2010) and 17th (published in January 2016) editions of Copinger and Skone James on Copyright, as well as the author of several monographs on various aspects of copyright and related rights, including Copyright and the Public Interest, the second edition of which was published by Sweet and Maxwell in 2002 (reprinted 2013). She is also is co-author with Kevin Garnett Q.C of 'Moral Rights' published by Sweet and Maxwell in 2010 (a new edition will be published in 2016) and a member of the editorial team of Clerk & Lindsell on Torts, editing Ch.25 on Statutory Intellectual Property Rights.

Gillian is regarded in Who’s Who Legal 2015.

Gillian enjoys teaching part time and as Visiting Professor has taught copyright in the QMIPRI MSc Copyright and Designs Law course at Queen Mary since 2007. Since 2014, she has taught copyright in Queen Mary's LLM in Paris Programme and, in her new role at Queen Mary, she will continue to teach these courses and will also take on some teaching for the London LLM copyright syllabus and the supervision of LLM student dissertations.

Professor Davies is willing to supervise on European and International copyright and patent subject matter.

Gillian is regularly in demand as a speaker at conferences on copyright and European patent matters and to act as a judge in moots. For several years after leaving the EPO for private practice, she chaired training seminars of the EPO Academy for patent judges from the new member states of the EPO and was active in teaching and speaking at other EPO conferences.

At present, Gillian’s public roles include the following: Deputy Lieutenant of the preserved county of Gwynedd in North Wales; Junior Warden of the Worshipful Livery Company of Wales; and Council Member of Bangor University.